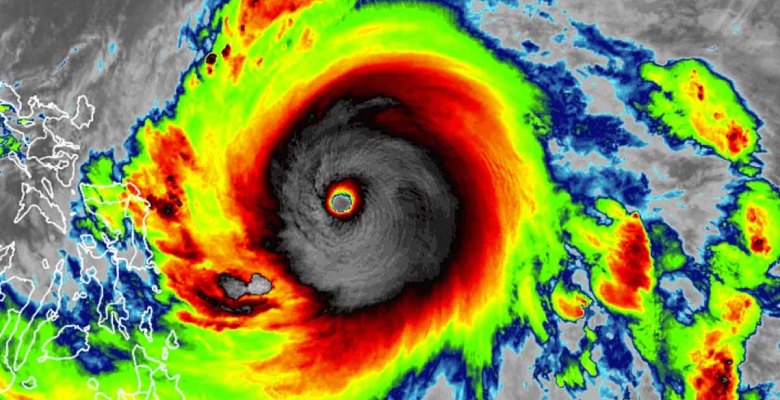 First typhoon of 2021 formed in the West Pacific Ocean and rapidly intensified into a Super Typhoon. Presently the typhoon is centred about 14.3degree N and 126.3degree E. It is about 550km East of Manila (Philippines) and is tracking slowly northwest with a speed of about 8kmh. The storm is packed with a wind speed of 225kmh and gusting to 270kmh. Earlier on Sunday, the wind speed exceeded 285kmh. A super typhoon needs to have sustained winds of >/=225kmh.

The typhoon at one time threatened the Philippines with a direct hit which seems to be averted now. It has gone past the chain of islands like Negros, Panay, Mindoro and should be reaching abeam Luzon in the evening. 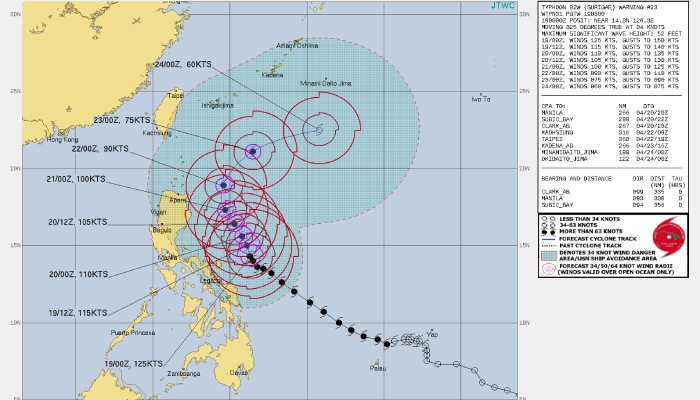 It has lashed gusty winds and heavy rains in the coastal areas but catastrophic damage has been avoided. The typhoon will keep barreling close to the coastline of the Philippines for the next 36hr before it takes a recourse towards the north and then the northeast.

Super typhoon Suragae has been the strongest typhoon of the West Pacific for the month of April. This the 9th Cat-V typhoon in the Pacific from January to April, since the time records began. Also, this is the 3rd Cat-V strength system globally in 2021, the other 2 being in the Southern Hemisphere in February and March. Suragae enters its name in the historic record of being one of the 20 cyclones worldwide achieving such high wind speed.

8-9 cyclones strike the Philippines each year on average, more than any other country. Though these storms have no bounds and strike any time of the year, July through October is the peak season. The typhoon has since been downgraded to Cat-IV and may weaken further to Cat-III after 36 hours.