Freezing days ahead for North India, blame it on an active weather system brewing in Mediterranean Sea 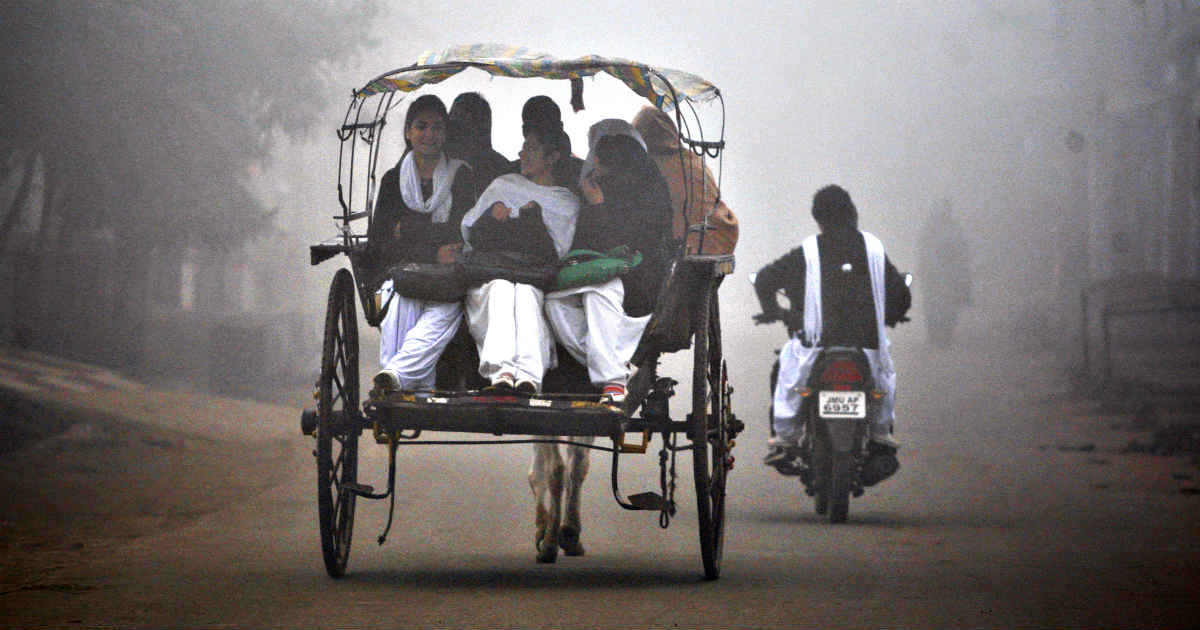 As predicted, the winter chill has made a comeback with mercury dipping by several notches across Northwest India. Widespread heavy snowfall in hills and rains across the plains of the region has led to return of freezing cold day conditions. These conditions are declared when day maximums in plains settle below 16 degree Celsius.

Well, this winter chill is here to stay for the next few days, courtesy approaching third active Western Disturbance. Winters in India are governed by passage of Western Disturbances, whose frequency and intensity decides the quantum of cold across Northwest India that include Punjab, Haryana, Rajasthan, Delhi-NCR and West Uttar Pradesh.

Origin of these Western Disturbances usually originates over water bodies. According to weathermen, for any weather system to exist, the foremost requirement is the availability of moisture. Closer home, the main source of these systems are Mediterranean Sea and Caspian Sea. If the system originates in the former one, it travels across Middle East, while forming in the latter zone, these disturbances move across Central Asia.

Coming to India, it is little far away from the origin. As the system covers this vast distance, we see many modifications in its spread as well as the intensity. However as they reach closer to Western Himalayas, they encounter with new source of moisture which is Arabian Sea. Similarly, as they travel further towards northeast, the source of moisture changes to Bay of Bengal.

Thus, with the constant change in the sources, the spread and intensity is not uniform. Thus, rain and snow would also be highly uneven.

They are manifested mostly as upper air systems passing through mountainous terrain. This varied terrain of mountains makes it difficult to mark and locate the system on the surface as they are done on the plains.

At present, there is another Western Disturbance brewing over eastern peripheral of Mediterranean Sea. After giving inclement weather conditions over Middle East and West Asia that include Israel, Jordan, Iran and Iraq, the disturbance would move towards India across Afghanistan and Pakistan.

The system would start affecting Jammu and Kashmir by January 12. It is touted to be an active one, in fact much active than the present one. We can expect another spell of widespread rain and snow right from hills of Jammu and Kashmir, Himachal and Uttarakhand to deep down south of Gujarat.

This upcoming spell would not let the winter chill abate anytime soon from the plains of Northwest India. Day temperatures would see the significant impact, with temperatures settling well below by at least 8-10 notches. As per weathermen, cold day conditions caused more discomfort than the cold wave as it hampers day to day activities.

The diurnal variation would reduce to the minimum, making extremely cold weather. Diurnal variation is the difference between the minimum and maximum temperatures. For instance, the prevailing Western Disturbance has triggered some heavy rains across the plains, which has not let the day maximums rise. Delhi recorded its minimum temperature at 12.5 degree Celsius on Wednesday morning, while day temperature was just 14.5 degree Celsius. Hence, there was a rise of just mere two degrees throughout the day. Similar pattern would be seen next week as well.

Three days of rain forecast in Varanasi, Prayagraj, Gorakhpur, Bareilly and other parts of Uttar Pradesh