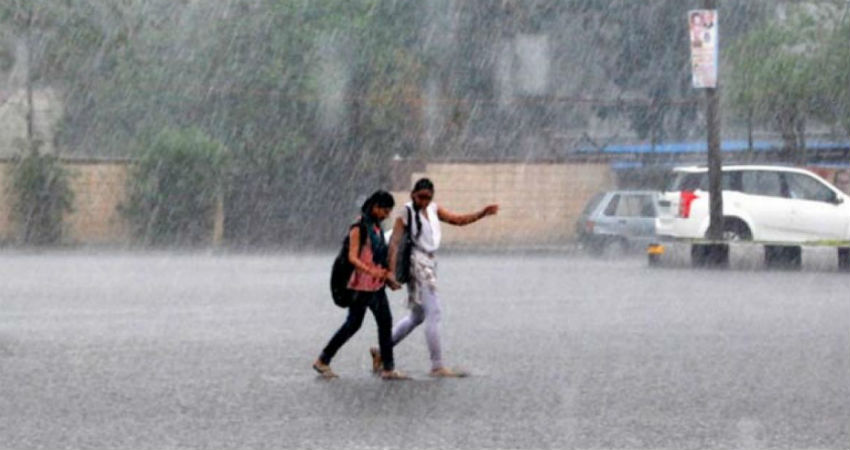 A fresh low pressure area, 4th in a row in this month, is likely to form in the North Bay of Bengal. This weather system looks to be stronger than its predecessor which has weakened and currently marked over East Madhya Pradesh and neighborhood. A high probability is attached with this system to consolidate over the Bay of Bengal itself and intensify to a well marked low pressure or depression. If so, this could be the first depression in the Bay of Bengal of this season.

This well marked low/depression will move across West Bengal, Odisha, Jharkhand, Chhattisgarh, and Madhya Pradesh between 19th and 23rd August. The presence of an anticyclone over the northern parts may restrict its further movement. And in such a case, the system will spend nearly 48 hours or even more over Madhya Pradesh and adjoining Vidarbha between 21st and 23rd August. Simultaneously, around this time the remnant of the previous system will be affecting South Rajasthan, Southwest Madhya Pradesh, North Gujarat and Saurashtra, and Kutch.

Under the combined influence of these two systems, the southwest monsoon is going to be vigorous over parts of east and central India. Intense rains causing localized flooding are quite likely over few parts of Gangetic West Bengal (including Kolkata), Jharkhand, Chhattisgarh, Vidarbha, and Madhya Pradesh. The rainfall amount may as well exceed 200mm, specially over Madhya Pradesh.

The central parts of the country where seasonal rainfall is surplus by 6% now, was deficient by large number sometimes ago. The Pan-India rainfall which is 104% of the LPA (long-period average) also may gain another 1% during this period.

Weather update and forecast for August 18 across India

Mumbai Rains: Weather of Mumbai and suburbs will not go dry in August this year