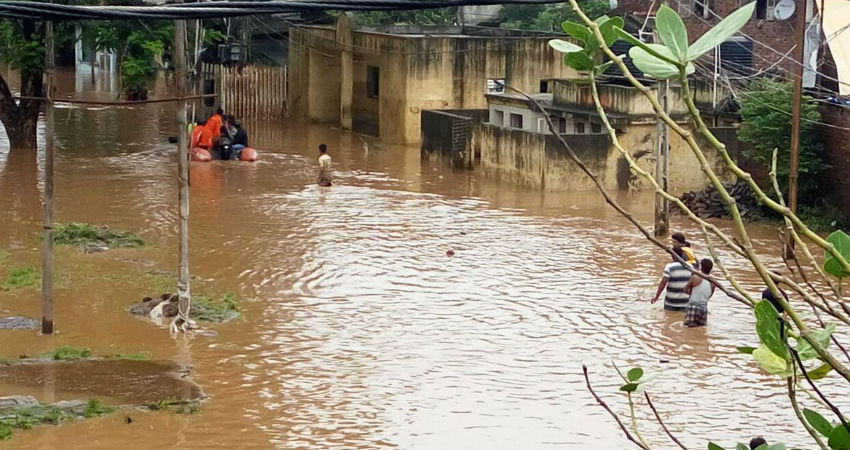 After a gap of 2-3 days, Monsoon rains have once again revisited Gujarat during the last 24 hours. Baroda has also already received heavy rains, while moderate showers were seen in Ahmedabad and light over many other parts.

All thanks to the depression which is over central parts of the country. According to Skymet Weather, rains would increase significantly as depression would be inching closer to Gujarat. Although, it may weaken into a well-marked low-pressure area but would be capable of giving widespread heavy rains in the state.

Weathermen are predicting heavy to very heavy rains over many parts of the Gujarat region on Friday like Vadodara, Ahmedabad, Gandhinagar, and adjoining areas.

Saurashtra and Kutch region would also see moderate to heavy rains today that include places such as Rajkot, Jamnagar, Porbandar, Dwarka, Veraval, Banaskantha, Samarkantha, Mehsana, and Patan. This would be the heaviest spell of rains for the region during this time.

However, with depression losing its strength, by tomorrow rains would start decreasing but moderate rains with few heavy rains would continue over Gujarat. However, Saurashtra and Kutch would continue with rainfall for another day.

Places and Rajkot and Vadodara remain on the risk of flash flooding and thus, locals must exercise caution.

By 11, rains would subside over the entire state and weather would start clearing up as the weather system would then dissipate.