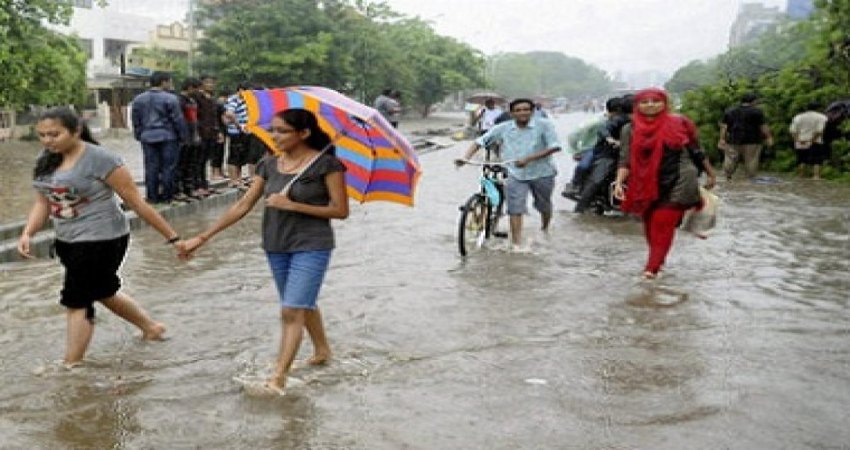 Skymet has been reiterating that rains in Gujarat will continue for a long period with good intensity at many places. And the weather in the state has panned out exactly in the manner forecast.

According to the data available with Skymet, Veraval in the last 21 hours has received 21 mm of. Okha, Dwarka, Porbandar and Rajkot have also observed light to moderate rain during this period.

The Cyclonic Circulation over Southeast Arabian Sea off Gujarat coast has been responsible for these rains in the state. According to the meteorologists at Skymet, intermittent rain will be observed in Gujarat particularly in South Gujarat and Gujarat region for the next two days.

The intensity of rain is going to pick up pace in Gujarat September 25 onwards. The Saurashtra and Gujarat region are likely to observe moderate rain with few heavy spells between September 27 and September 30.

This clearly indicates that Southwest Monsoon in Gujarat is going to stay till the end of September. It may continue to give rain in Gujarat till the first week of October probably making it one of the longest Monsoon season.

Rain in Gujarat this Southwest Monsoon season so far is surplus by 31%. The Gujarat region is excess by 14 %, while the subdivision of Saurashtra and Kutch is surplus by a whopping 43%. These figures clearly tell you how good Monsoon rain in Gujarat has been this season.

In the next 4-6 hours, moderate to heavy rain and thundershower with strong winds of 50-60 kmp will be observed at many places in Gujarat like Diu, Amreli, Bhavnagar, Botad, Dwarka, Gir Somnath, Jamnagar, Junagarh, Marvi, Porbandar, Rajkot and Surendranagar.