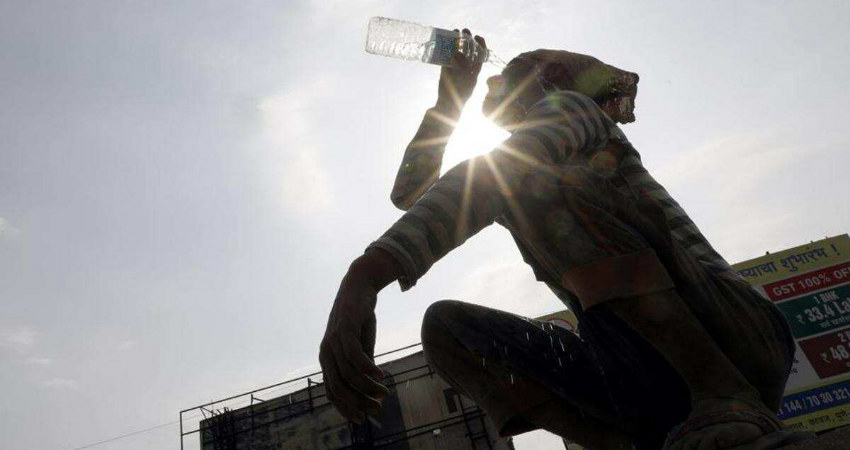 The state of Gujarat continues to be swept by dry and hot conditions since the beginning of the pre-monsoon season. Both the subdivisions of this arid state, Saurashtra & Kutch and the rest of Gujarat have recorded zero rainfall till date. The heatwave has swept the interiors and northern parts off and on, measuring temperatures in excess of 40°C on quite many days. Rajkot, Amreli, Bhuj, Deesa and Surendranagar touched or exceeded 42°C on few occasions. State capital Gandhinagar, Ahmedabad, Baroda and Anand over central Gujarat crossed 40°C and even coastal stations like Porbandar and Surat exceeded this milestone.

Almost the complete state does not get invaded by any typical pre-monsoon hazards like thunderstorm, dust storm and lightning strikes. The region remains far from reach of the western disturbance and also aloof from heat triggered weather activity over central India and Southern Peninsula. Heat spells dominate and persist till the arrival of the monsoon in mid-June.

Winds from the northern plains and Rajasthan region will stream down the state for the next 2 days. This pattern will not support any mercurial rise of temperature. However, a cyclonic circulation developing in the North Arabian Sea off Sonmiani Bay (Pakistan Coast) will induce change in the winds over the region. Mercury is going to rise on the 11th and 12th April across the state and may cross 42°C at few places. Later, winds from the Arabian Sea are likely to converge with the stream from the north. This raises the possibility of ushering few unseasonal showers between 11th and 14th April over central and south Gujarat. Gandhinagar, Ahmedabad, Baroda, Surat, Silvassa, Valsad and Bhavnagar may get light passing showers. This activity may not suffice to provide any big relief to the heat prone state.

Unusual baking heat in Bengaluru, Pre-Monsoon activity after one week

Weather update and forecast for April 9 across India