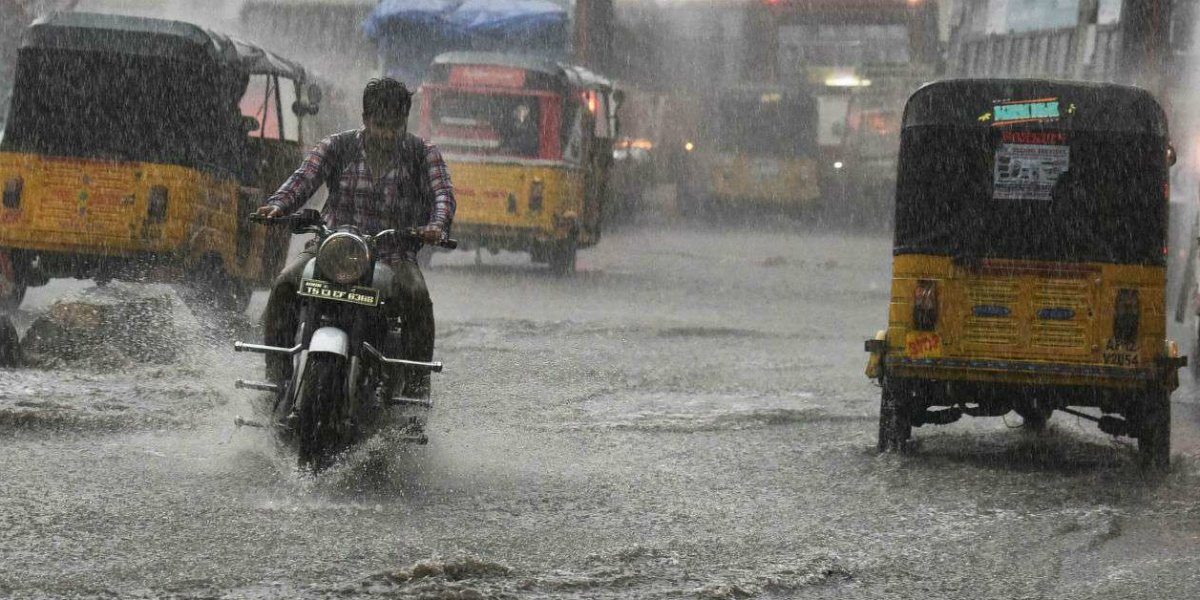 The deep seaport of Coastal Andhra Pradesh and headquarter of Krishna district Machilipatnam was lashed with very heavy rains accompanied with strong winds, lightning, and thunderstorm. The port city recorded 110.7mm rainfall in 24 hours till 8.30 this morning, surpassing its earlier 24 hours heavy rainfall record of 100.6mm achieved on 01st Nov 2010. Incidentally, the year 2019 had remained practically dry when less than 1mm rain was recorded in the whole month. With this spell, the total rainfall of first 6 days on November has become 137mm and may exceed 150mm shortly. The highest monthly record of the last 10 years is 232.5mm scored in Nov 2010 and monthly normal for the city is 104.5mm.

The Northeast Monsoon has become active and all the 5 sub-divisions in the South Peninsula first time together have received decent fairly widespread showers this season. A cyclonic circulation over Gulf of Mannar and the Southwest Bay of Bengal off Tamil Nadu and Sri Lanka has intensified the monsoon activity. More showers are expected for Coastal Andhra Pradesh including Machilipatnam in the next 48 hours and reduce thereafter.

November is last of the rainiest month for Machilipatnam as the next 5 months from December to April have least rains with normal barely crosses double-digit mark. Significant rains with heavy falls are experienced mostly in association with the storms developing in the Bay of Bengal. The upcoming week will batter the Andhra Pradesh coast with moderate to heavy rains for 3-4 days in a row.

Weather update and forecast for November 7 across India