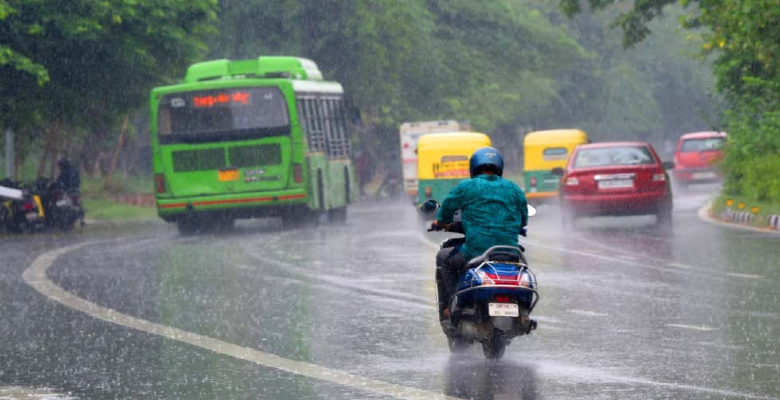 The national capital of Delhi recorded 1st day maximum of 40°C this month yesterday. Base observatory Safdarjung measured 40.3°C which is just normal at this time of the year. Delhi has touched the 40°C mark after a gap of 10 days, the last being 40.1°C recorded on 28th May 2021. Such a long break is rather unusual as the mercury normally reaches its peak around this time.

Summer has not been very harsh for Delhi this season so far. Contrarily month of April seems to be hotter than May by registering 9days of temperature in excess of 40°C as against just 6 days in May. Also, so far the highest temperature of the season 42.2°C was recorded on 28th April. May remained relatively cooler with the highest maximum of 41.6°C scored on 04th May. Earlier, the month of May recorded the maximum of 23.8°C on 19th May, the lowest since 1951.

The first week of June has nearly followed the same track with temperature generally remaining below normal. However hot days are likely for the national capital with the mercury soaring above 40°C the next 4days between 08th and 11th June. The maximum temperature is expected to hover around 41-42°C 0n 09th and 10th June.

Rain and thunderstorms are likely over the weekend which is likely to spill over even to the next week. Weather conditions will change with the double front attack reversing the wind pattern and therefore the relief. Maiden monsoon depression of this season in the Bay of Bengal is expected to cross the Odisha-West Bengal coast on 12th June. This will usher monsoon flavored easterly winds all along the Indo Gangetic plains reaching up to Delhi. Also, a western disturbance with induced cyclonic circulation will approach Punjab and Haryana around this time. Under the combined influence of these two weather systems, Delhi and the neighborhood is expected to have rain and thundershower between 12th and 14th June. This may be accompanied with lightning and squally winds to the tune of 60-70kmh. The wet spell may get extended further with a short break in between on 15th June.

Flooding rains to commence over Mumbai and suburbs by the weekend

Weather update and forecast for June 9 across India

Rainy days for Kolkata, Southwest Monsoon to keep the date