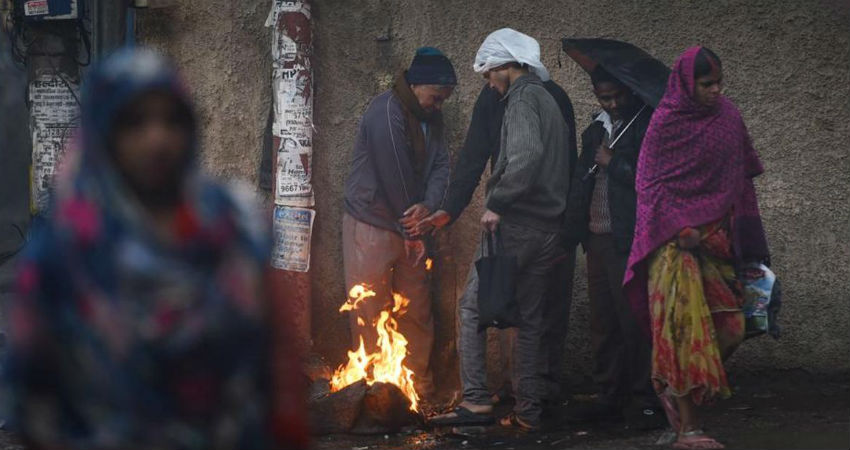 The cities of North India have not received rains for almost 2 months, but the temperature has started declining. This is the reason that there are many cities in the plains from Punjab to western Uttar Pradesh and Rajasthan where the mercury has fallen below the average and the winter has already come.

In the northern states of the plains, the average rainfall for Punjab between October 1 and November 8 is 10 mm. While this time the rainfall activity has been zero, i.e. Punjab has received 100% less rainfall after the end of the monsoon season.

Haryana too has the same weather condition as Punjab, and Haryana has 10.8 mm of average rainfall during this period. In Haryana also, there was no rain at all, that is, the lack of 100% is also persistent in Haryana.

The national capital Delhi usually receives 12.2 mm of rainfall between October 1 and November 8, while not a single drop has fallen, causing a 100% reduction in rainfall.

Rajasthan has relatively better conditions than other plains of North India. Rain was recorded at some places here; this is the reason that rainfall deficiency here is not 100%. Rajasthan receives an average of 10.8 mm of rainfall after the end of the monsoon season. While 3.6 mm of rainfall is received till date which is 67% below average.

The decline in temperature in cities of North India

Though there was no rain in the plains of North India, the temperature has started falling prematurely and minimum temperatures are being recorded below normal in most cities from Punjab to Uttar Pradesh.

Rainfall is not expected in almost all the cities of North India, including Delhi-NCR as well as Chandigarh, Amritsar, Karnal, Ambala, Hisar, Ludhiana, Patiala, Churu, and Sri Ganganagar during the next 3-4 days. There is no chance of rain in these cities even on Diwali.

There will be a huge increase in air pollution over Delhi NCR due to which the air quality index is expected to fall further.