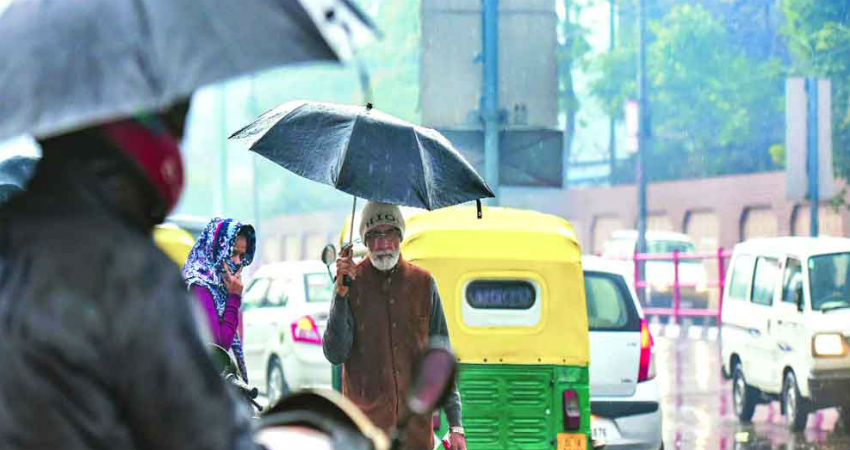 The Winter season is about to end soon. Soon, the rainfall figures for the season will roll out for all the regions of the country.

Meanwhile, taking in consideration the figures for January and February, we see there is a wide difference in rainfall performance all over the country.

Konkan and Goa as well as Gujarat have been the driest regions in the country with absolutely zero rains in both the months. At the same time, Karnataka and Andaman and Nicobar are not far behind, with a rain deficiency of 92%.

Above figures reveal a definite emerging pattern, the rain surplus areas over Indo-Gangetic Plains, right from Uttar Pradesh to Bihar including Madhya Pradesh, Chhattisgarh and Odisha as well as the hilly states of Uttarakhand.

The reason of these excess rains is the unusually high frequency of Western Disturbances which approached the hilly regions during the month of January and February. Multiple induced Cyclonic Circulations emerged giving frequent spells of rains over the plains. Moreover, multiple Confluence Zones persisted throughout the season with very short breathers over East and Central India, enhancing the rain activities.

On the contrast, the West Coast particularly Gujarat, Konkan and Goa and Karnataka did not receive any significant amount of rains. Gujarat as well as Konkan and Goa remained practically dry.

Moreover, the average rainfall of the above-mentioned areas is also very less between December to the end of March. So, we do not expect any significant weather activities over Gujarat, Konkan and Goa as well as Maharashtra in the coming month also.