IMD forecasts near normal Monsoon 2019 at 96 percent of LPA 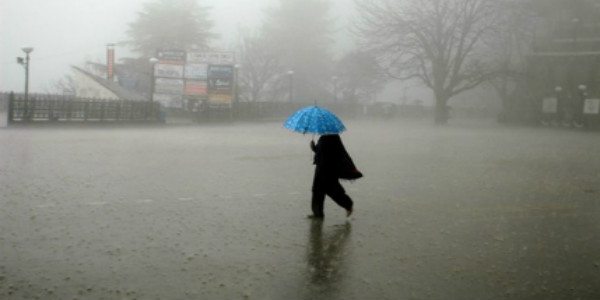 India Meteorological Department has released its Monsoon Forecast to be near normal at 96 percent of the Long Period Average (LPA) with a model error of +/- 5%. The LPA of the season rainfall over the country as a whole for the period 1951-2000 is 890 mm.

As per IMD, weak El Nino conditions will continue to prevail throughout the Monsoon season with the intensity to reduce during the latter part of the Southwest Monsoon 2019 season.

IMD also said that the sea surface temperature (SST) over the Pacific, i.e. El Niño/La Niña conditions along with the Indian Ocean Dipole-IOD in Indian Oceans greatly affect the Indian Monsoon, are being monitored closely enough. Moreover, the country is likely to observe well distributed rainfall during Monsoon 2019.

IMD has also mentioned that these rains will be quite beneficial to the farmers in the country during the kharif season.

IMD is expected to come out with its second stage of Monsoon 2019 Forecast in the first week of June. Also, the onset dates will be mentioned around May 15 by the India Meteorological Department.

Also Read: Skymet Forecasts Monsoon 2019 to be below normal at 93 percent of LPA

India Meteorological Department (IMD) issues forecast for the Southwest Monsoon seasonal (June to September) rainfall for India in two stages. The first stage forecast is issued in April while the second stage of the forecast is issued in June. These forecasts are prepared using Statistical Ensemble Forecasting system (SEFS). Since 2012, IMD also uses the dynamical global climate forecasting system (CFS) model developed under the Monsoon Mission to generate forecasts.

2. Forecast for the 2019 Southwest monsoon Season (June – September) rainfall over the country as a whole

2a. Forecast based on the Monsoon Mission CFS Model

For generating the forecast for the 2019 southwest Monsoon season rainfall, global atmospheric and oceanic initial conditions up to March 2019 were used involving 47 ensemble members.

The forecast based on the CFS model suggests that the monsoon rainfall during the 2019 monsoon season (June to September) averaged over the country as a whole is likely to be 94% ± 5% of the Long Period Average (LPA).

2b. Forecast based on the Operational SEFS

(a) Quantitatively, the monsoon seasonal rainfall is likely to be 96% of the Long Period Average (LPA) with a model error of ± 5%.

(b) The 5 category probability forecasts for the Seasonal (June to September) rainfall over the country as a whole is given below:

Overall, the country is expected to have well distributed rainfall scenario during the 2019 monsoon season, which will be beneficial to farmers in the country during the ensuing Kharif season.

At present, weak El Niño conditions (SST anomalies between 0.50 C & 1.00 C) are prevailing over the equatorial Pacific Ocean. The latest forecasts from the Monsoon Mission CFS & other global climate models indicate such conditions are likely to persist during the monsoon season but with reduced intensity in the later part of the monsoon season. It is noted that El Niño predictions made in February/March generally have more uncertainties compared to the El Niño predictions made in June.

According to Skymet Weather, Monsoon 2019 is likely to be below normal at 93% (with an error margin of +/-5%) of the long period average (LPA) of 887 mm for the four-month period from June to September.