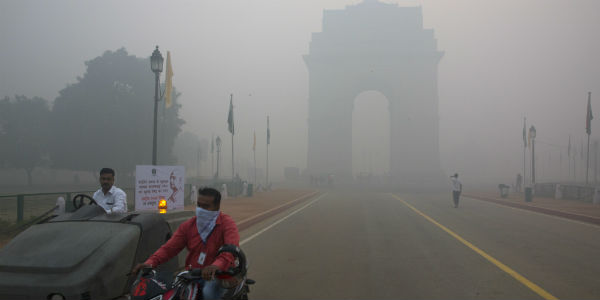 Thick layer of smog in Delhi has been wreaking havoc for the last two consecutive days. Sunshine was missing during the day and visibility remained on the lower side throughout the day. People across the national capital could feel breathlessness, itching in eyes and cough. Medical experts termed Delhi as a 'Gas Chamber'.

Crop burning across the neighbouring states of Punjab and Haryana is main contributor to the pollution in Delhi-NCR. On top of it, weather conditions are also conducive for this thick layer of fog to stay.

Delhi is counted amongst the top polluted cities across the world. According to the World Health Organization (WHO), Delhi stands 11th in this list, the city is also counted in the list of ten top most polluted cities in India.

The level of pollution in the national capital has been a major concern for WHO as well as NGT (National Green Tribunal) because it causes major health hazards be it in terms of respiratory or heart ailments. The main reason for this weather scenario in the capital of the country can be attributed to the smoke emitted by factories and vehicles, burning of fossil fuels and last but not the least, by the crop residue being burnt in the adjoining states.

Generally, the months of October and November are attributed with crop burning which is the time for the blowing of the northwesterly winds. These winds are light and calm in nature.

As Punjab and Haryana lie towards northwest of Delhi, these winds carry smoke and pollutant particles towards the city. Moreover, as Delhi is densely populated with not much vegetation, these pollutants get mixed with the already polluted city that worsens the situation.

Though NGT has completely banned stubble burning, yet a massive increase in the number of crop fires in Delhi and neighboring states especially in Punjab and Haryana has been reported. NASA has recently revealed some pictures of enormous crop residue burning in Haryana and Punjab.

You can check the crop burning images revealed by NASA here: 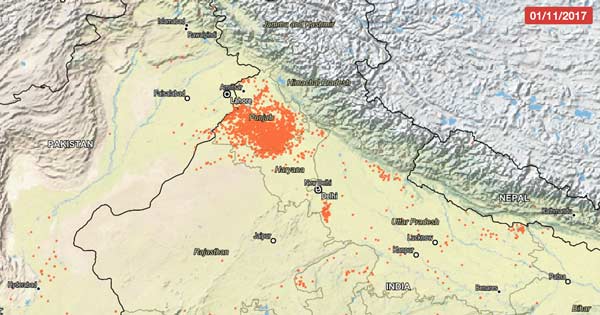 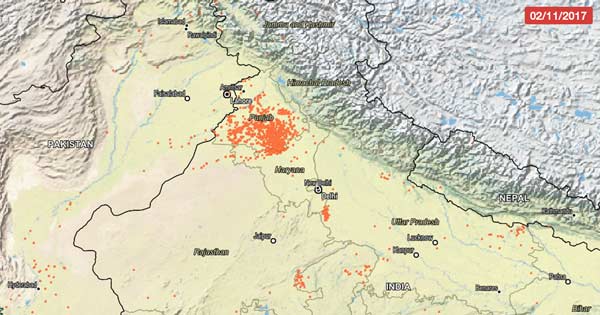 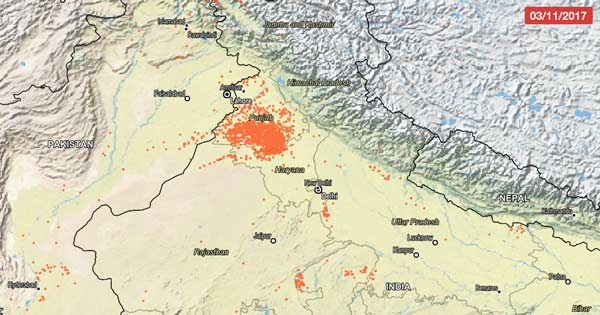 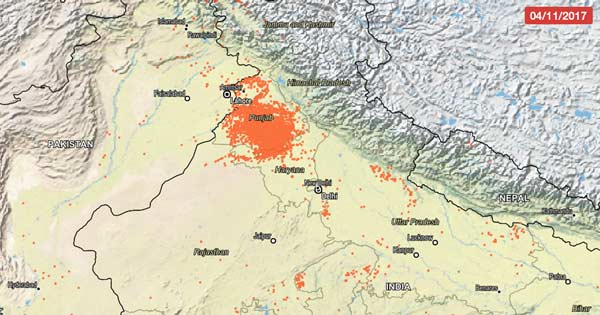 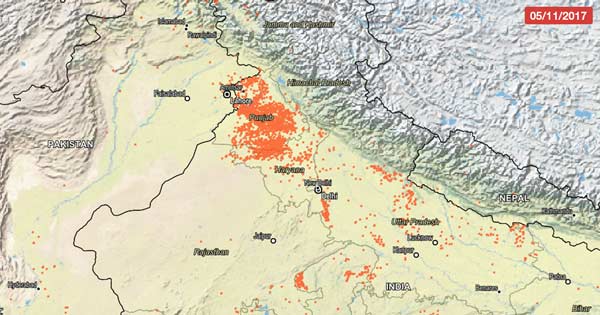 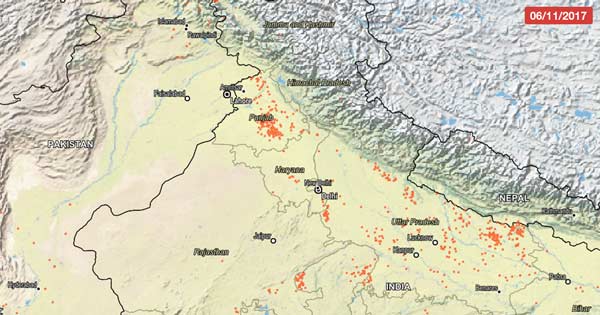 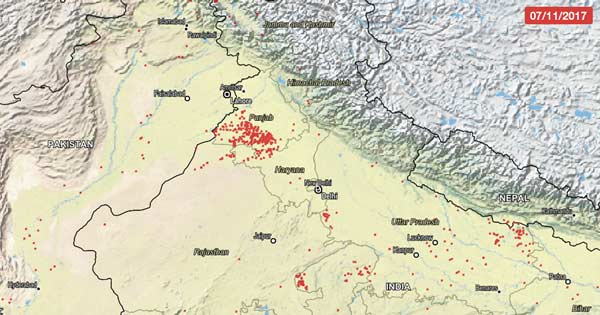 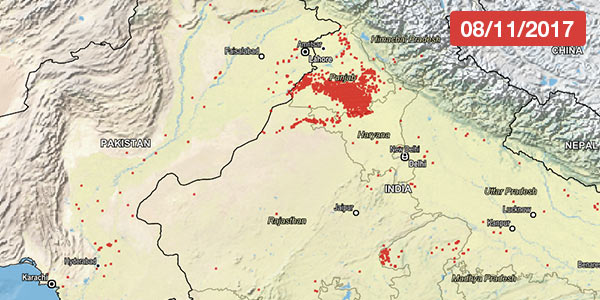 In all the images above, the red spots are the crop burning in the particular region.