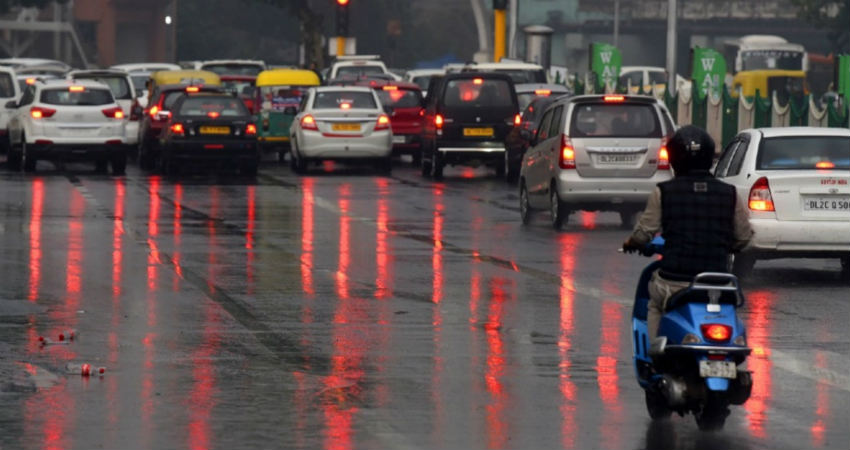 Intense weather activity in terms of rain lashed the national capital Delhi and its adjoining areas like Noida and Faridabad early morning today. Though on and off rains have been making an appearance in Delhi-NCR for the last couple of days, they have not been as intense or heavy as the spell that happened today.

According to the rainfall data available with Skymet, the Palam Observatory in a span of 24 hours from 8.30 am on Wednesday recorded a good 48 mm of rain. While other areas like Ayanagar and Ridge observed 31.2 mm and 28.4 mm of rain, respectively. The rainfall amounts at the Safdarjung observatory was a little on the lower side at 10.8 mm.

As this spell of rain happened early morning today there was no hindrance to traffic movement as the water receded by the time people got to their daily chores. It was also a holiday due to which not much chaos was witnessed on the roads.

This spell of rain was due to the Trough moving northwards and coming closer to the city. Currently, there is a Low-Pressure Area in West Madhya Pradesh and East Rajasthan which will help in pushing the Trough even closer to the city in the next 48 hours. As the Trough moves closer, rainfall activity in Delhi and NCR area like Noida, Faridabad and Gurugram will intensify.

This means that Delhi-NCR will continue to observe good weather activity for at least the next 4 days. The intensity is however expected to be more between August 17 and 18.

This spell of rain in Delhi will definitely help in pulling down the rainfall deficiency (From June 1 to August 15) which stands at a huge 35%.