Kerala, Karnataka and Tamil Nadu gear up for a rainy week as multiple weather systems align near South India 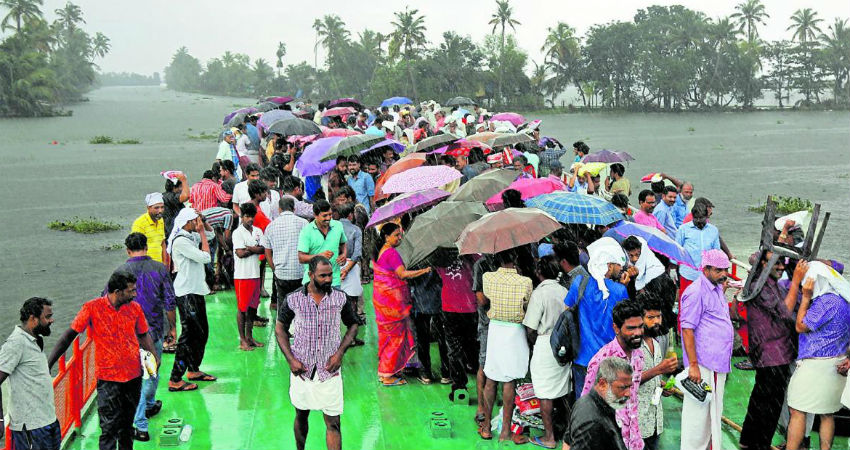 Usually, by this time of year,  rains vacate most parts of North and Central India and it is only the South Peninsula and Northeast India that continue to get rains until the first fortnight of October. However, this season Southwest Monsoon has outperformed and even as the season has officially ended, extended Monsoon rains are continuing with good pace in multiple parts of the country.

By this time of the year, rains remain mainly confined to the parts of South India such as Andhra Pradesh, Tamil Nadu, Karnataka, and Kerala. The neighbours of these states like Madhya Maharashtra, Vidarbha and Marathwada also see some rainfall activities.

This season, Southwest Monsoon has given 16% of surplus rains over the southern parts of the country the period from June 1 to September 30.

Meteorologists at Skymet have predicted more rains over South India during the coming days, considering various weather systems that are aligned in the vicinity of the southern states at present.

The circulation would persist for another 48 hours, and thereafter would shift to Coastal Karnataka and later towards the Arabian Sea off Karnataka Coast.

Under the influence of all these systems, widespread rains would be seen in multiple parts of South India including  Kerala, Andhra Pradesh, Tamil Nadu and Karnataka. The systems may also extend up to the adjoining areas of Madhya Maharashtra and Goa.

Mainly moderate in intensity and isolated heavy spells cannot be ruled out. Moreover, during this entire episode, the western half of the South Peninsula such as Kerala and Karnataka would observe more rains than the eastern half like Rayalaseema and Andhra Pradesh.