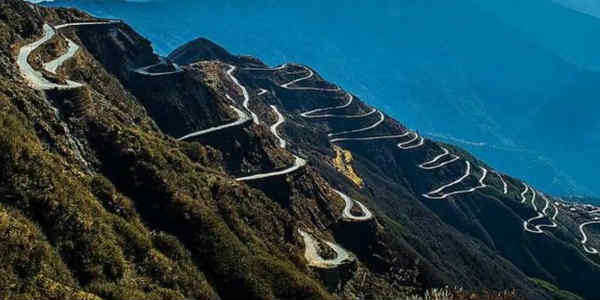 Southwest Monsoon ended on a deficient note for the entire Northeast India as these states have remained largely rain deficient. In fact, similar trend can be seen continuing during post Monsoon season too.

Assam, Arunachal Pradesh, Meghalaya and Nagaland are largely rain deficient to the extent that deficiency in these states recorded is more than 60%.

Since last two days, isolated light rain activities are going on over Tripura and Mizoram as a result of a cyclonic circulation developed over northwest Bay of Bengal.

This weather system will gradually move in a northeast direction towards Tripura and Mizoram. Hence, light to moderate rains are expected to increase over Manipur, Mizoram and Tripura for the next two days. However, chances of heavy to very heavy rains are completely ruled out for the states.

On the other hand, weather of remaining north eastern states will almost be dry with a little possibility of light rains over one or two places.

In the coming two to three days, the weather of entire north-eastern states will once again become dry and rain deficiency will continue to persist for some time.

However, a short relief from ongoing deficient conditions is expected for Nagaland, Manipur, Mizoram and Tripura in next 2-3 days.