Last but long spell of snow of February across Northern hills, limited rain activity over plains 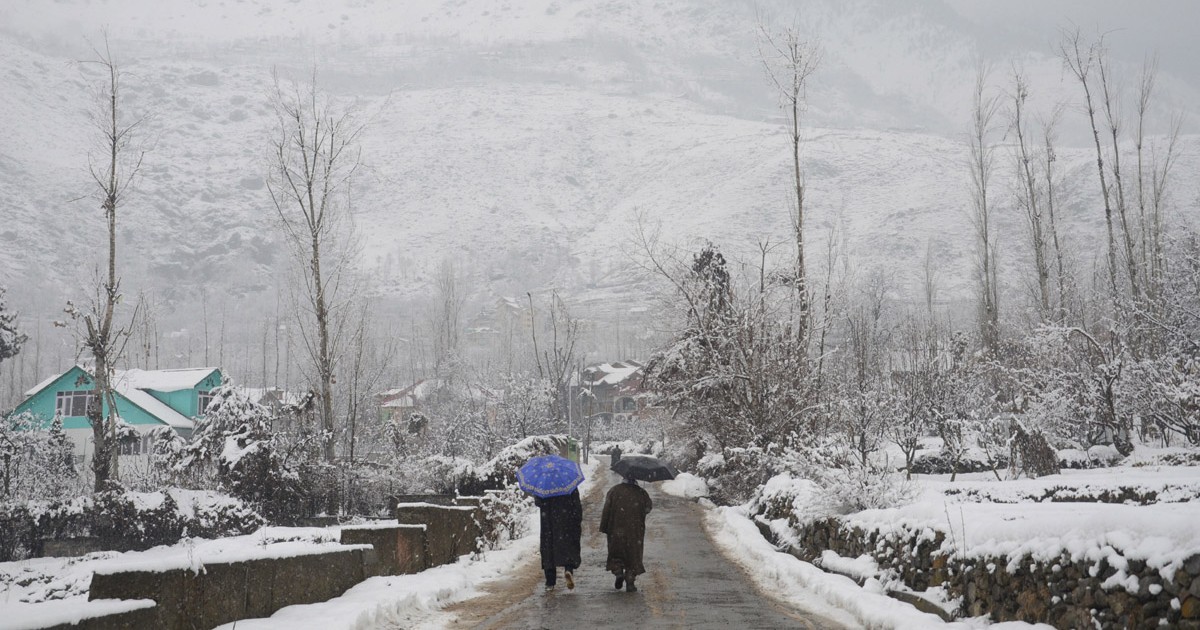 Complete range of northern hills will come under the attack of fairly widespread snow shortly. A series of western disturbance will run a ‘relay race’ commencing 20th February and sprint till month-end. Union territories of Jammu & Kashmir and Ladakh and states of Himachal Pradesh and Uttarakhand will simultaneously get struck by rain and snow till the last day of February with a little breather in between.

Fresh western disturbance is arriving on 20th February affecting higher reaches of Jammu & Kashmir and Himachal Pradesh. The next 2 days will witness fairly widespread moderate rain and snow across the entire hilly region with isolated heavy snowfall at few places. 23rd and 24th February will observe light to moderate activity at many places accept Uttarakhand where it is going to isolated. A small breather on 25th February with sporadic activity will get reinforced the next day and continue thereafter till the month-end. The severity of weather will be sequential in order with Jammu & Kashmir facing the brunt and Uttarakhand escaping the fury.

Winter season 2021 has been mild for all the hilly states and large deficiencies prevail. Between 01st January and 17th February, Jammu & Kashmir and Ladakh are deficient by 39% and Himachal Pradesh and Uttarakhand have a shortfall of 65% and 48% respectively. This will be 3rd time in the last 6 years that the entire mountainous states have experienced large deficiency. 2016 & 2018 were the worst with seasonal deficiencies in excess of 60% across all the states. 2019 remain an exception with a large surplus of >45% for the entire region. The existing deficiency margin may shrink across all the sub-divisions with this wet spell.

Plains of North India across Punjab, Haryana, Rajasthan and Uttar Pradesh will observe minimal weather activity during this week-long spell. The foothills of these states may get a limited spell of rain and thundershower on few days during this period. The clearance of weather following this prolonged spell across the hills may spell drop of mercury level in the plains reviving short pulse of cooler days.