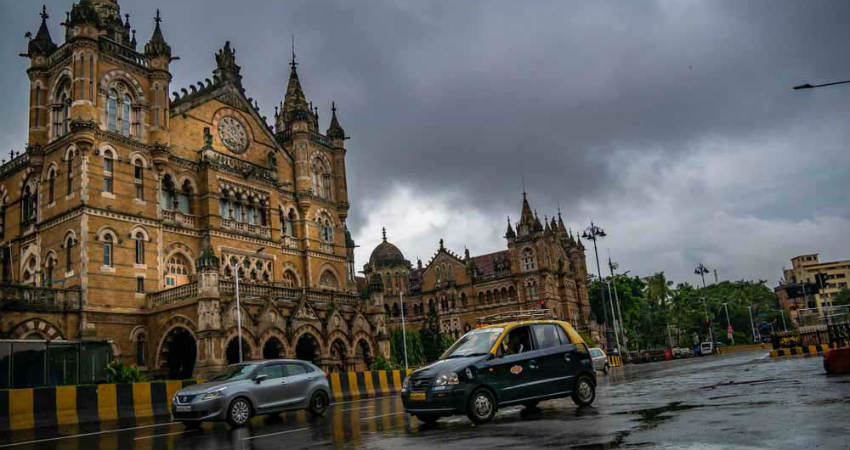 After a prolonged dry spell, unseasonal Mumbai rains are all set to make an appearance on Tuesday. According to Skymet Weather, the maximum city is likely to witness light rains and thundershowers by tomorrow evening or during the wee hours of Wednesday. However, these rains would be short-lived.

These rains would be on account of a  low pressure area over Southeast Arabian Sea, off Kerala and Karnataka coast. The system is likely to get more marked and induce a depression in the next 12-24 hours. As per weathermen, the weather system would be tracking north-northwestwards, moving little away from the coast but travelling parallel to the coast.

The low pressure area would be coming abeam Karnataka and Goa in next 12 hours and by the time it reaches near coastal Maharashtra it would have strengthened  into a depression.  It would be governing wind flow that would be sweeping the entire coastline. Due to this, humid winds are now blowing from sea all along the coast. In fact, the parts of South Coastal Maharashtra and adjoining Madhya Maharashtra would be start receiving rains Monday onward only.  But Mumbai would have to wait till November 2.

Apart from this, an easterly wave is seen over Southwest Bay of Bengal off the Sri Lanka and Tamil Nadu coast, which would also move westwards. According to Skymet Weather, we do not expect any rains today but sky would be cloudy.

Mumbai does not witness any rains during December, in fact it remains practically dry with average rainfall of mere 1.6 mm. Post withdrawal of Monsoon in October, rains reduce drastically November onward and situation remains so till April.

It is only with formation of any depression or cyclonic storm when we can see some some rains over Mumbai.