Maiden Super Cyclone Amphan, strongest storm In the Bay Of Bengal since 2000 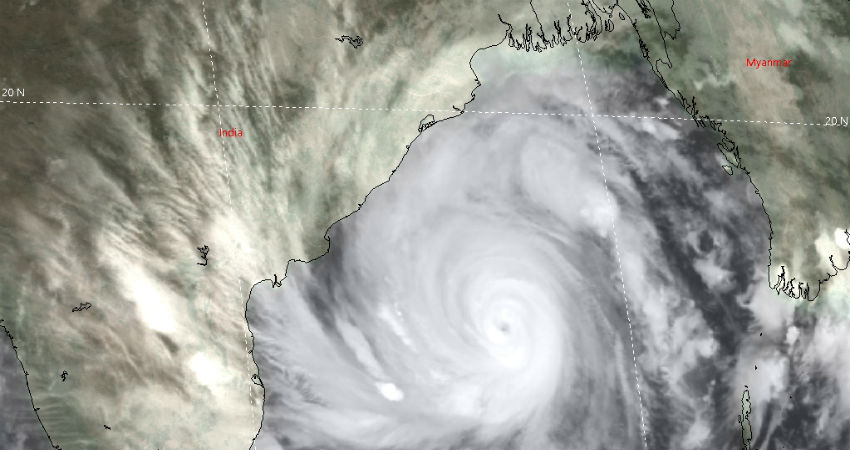 Maiden cyclone of this pre-monsoon season Amphan, also grabs the distinction of becoming the only super cyclone in the Bay of Bengal since the year 2000. It is still intensifying, and the wind speed is all set to breach the mark of 275kmph, rarely achieved in the past. The storm continues to track northward and is poised to recurve NNE and head for Indo-Bangla border for landfall on 20th May afternoon/evening.

The cyclone has consolidated with super- dense, deep and symmetrical convection, stacking swirling winds, and cloud tops reaching beyond 40,000feet. The super cyclone Amphan continues to retain and refine its eye as a sharp pin-hole round structure with a diameter of 20km. The storm is lying in a favorable environment for further development for another 12hr and lose that privilege thereafter because of relatively cool water and increased wind shear. But this will be partially offset by the strong radial outflow, largely in sync with the storm motion. Accordingly, cyclone Amphan will sustain the status of Extremely Severe Cyclonic Storm nearly up to the landfall on 20th May.

Time is running out to make preparation commensurate with the threat from the monster. It is going to be a daunting task amid lockdown 4.0, as evacuations and social distancing are going to throw a serious challenge for the team 'Disaster Management'. Be watchful and stay safe.