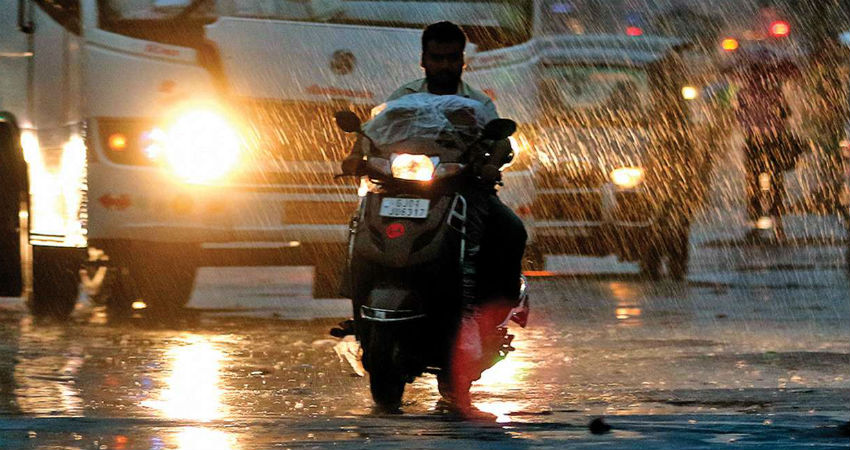 The post-monsoon season from October 1 to December 2020 ended with a mixed bag of rainfall across different parts of the country. While north-west and east India remained deficient by 39% and 15% respectively, the central region and south peninsula scoured an excess of 12% and 15%. Overall PAN India recorded 124.6 mm rainfall against the normal of 123.8 mm, nearly 1% above the mark. Northeast monsoon performed satisfactorily in 4 of the 5 subdivisions namely Tamil Nadu, coastal Andhra Pradesh, Rayalaseema and south interior Karnataka and remained deficient in Kerala by 26%.

2020 was a bleak year and the most difficult one for the economy in recent years. Extended harsh lockdown due to COVID pandemic ruined business, jobs and manufacturing sector collapsing economy infrastructure. The deadly virus declared a health emergency resulting loss of 1.84 million lives unparalleled in the 21st century. The pandemic was unarguably the most consequential global event of 2020 risking countless assets of human beings. The catastrophe is not yet over, and its trail will get extended to 2021 also. Notwithstanding the unprecedented medical response through the international vaccine, its impact will cascade over at least the next few years. The only silver lining has been the agriculture sector riding high on bountiful and timely rain both during rabi and Kharif 2020. The record production during the year has assured food security which otherwise could have been slammed due to spread of coronavirus and its mutation. At the cost of repetition, the strict measures restricting climate change through global collaborations is another big challenge. The average temperature has already increased by 1 degree since the industrial revolution. 2020 is going to be listed in the top 5 hottest years and the tipping point still looms in oblivion. But 2020 was not all bad for the national capital which could breathe a little easy during the winter season so far. Delhi enjoyed the best air days of the past 3 years. There were 192 days when the PM 2.5 level was below the National Ambient Air Quality standard of 60 mcg/m3.

Wintery conditions have tightened their grip over north India. In continuation with the last weekend weather activity, this week will witness a carpet of snow across the hilly states and plains too will get drenched with fairly widespread rain and thundershowers accompanied with hail and lightning.

The week is going, to begin with fairly widespread rain and thundershowers and hailstorms over Punjab, Haryana, north Rajasthan and west Uttar Pradesh on 4th and 5th of January. For the hills, in addition to these 2 days, the snowfall activity will get extended further for the next 3 days from 6th to 8th of January. The day temperatures are persistently going to stay below normal with possible cold day conditions in a few parts. Even the minimum temperatures in the plains will drop below the average in the second half of the week. Utmost caution is extended to safeguard from lighting and hailstorm during the week.

The entire region will remain free from any significant weather activity. Foggy morning and the windy afternoon is expected over most parts for Bihar and north Bengal. The minimum temperature in plains will stay in double digits and day maximum will hover in the mid-20s or above. Dense fog is quite likely for Bagdogra, Gauhati, Imphal, Aizawl, Agartala, Jorhat and Mohanbari.

State of Odisha and Chhattisgarh will remain free from any weather activity. Northern parts of Marathwada, Madhya Maharashtra and Konkan are likely to have unseasonal rains between 6 to 8th of January. This untimely spell may extend to adjacent arts of Madhya Pradesh on the following 2 days that is 9th and 10th of January.

Though the northeast monsoon has officially ended on 31st of December, rains are likely over most parts during this week, outside Telangana and coastal Andhra Pradesh. Moderate to heavy rainfall is expected over Tamil Nadu and Kerala between 5th and 7th of January.

Last weekend rains will continue on 4th and 5th January with increased intensity and even possible hailstorm in some areas. Normal monthly rainfall of 19.3mm has already been achieved during the weekend activity and is likely to exceed by a big margin during this month. Day temperatures will generally remain in the teens and the minimum also will dip during the second half of the week dense fog is likely in most areas in the latter half of the week.

Frequent wet spells are expected during this week which could be more intense on 5th and 6th of January. Maximum and minimum temperatures will stay around 30 degrees and 25 degree Celsius respectively.

Delhi witnessed air quality in ‘Very Poor’ to ‘Severe’ category during last week. Due to chances of rain and thundershowers over Northern Plains including Delhi and NCR between January 2nd and 6th may reduce the pollution. These weather activities will disperse and help in washing away pollutants.

We expect Delhi and NCT to breathe easy for the next week or so. There may not be a drastic reduction in pollution levels but many parts may come under the ‘Moderate’ category.