Minimums to drop over Delhi, Cold Wave conditions to stay away 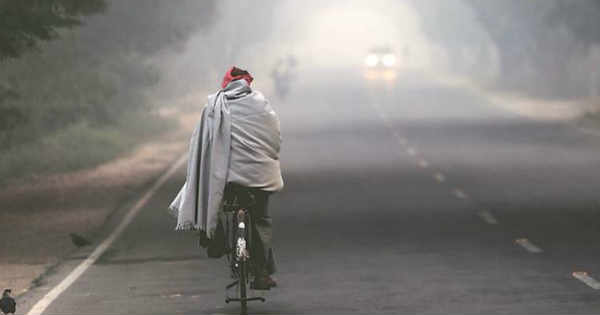 Delhi rains made an appearance after a long time, in fact, it was the first spell of good winter rains which resulted in reducing the persisting pollution levels over Delhi-NCR. The PM 10 which comprises of fine particulate matter in the air with a diameter of less than 10 micrometers have now washed away and they are now oscillating between moderate to poor zone which was earlier in severe category.

However, PM 2.5 is still in very poor category. Respite from pollution is not expected to last longer as relative humidity is very high, and the temperature is likely to drop further which will force boundary layer to come down and will hold pollutants near the surface.

During rains, the change in wind direction from northerly to easterly as well as the cloud cover have led to rise in minimums over the city and it’s adjoining areas. But now the northerly winds have once again commenced, thus marginal drop in minimums have been witnessed. In the last 24 hours, the minimums over Safdarjung have seen a drop from 7.6°C to 7.1°C and Palam observed a drop from 10°C to 8.2°C. As per Skymet Weather, further drop in minimums can be observed whilst day temperatures will rise marginally. However, the fall in minimums will not be that significant thus, thus Cold Wave conditions will not make a comeback.

Dense fog has been observed over many parts of Delhi-NCR today. Airport visibility also went down to nil. In fact, we expect dense fog to continue for coming 24- 48 hours during morning hours over the region. The sky conditions will be clear.