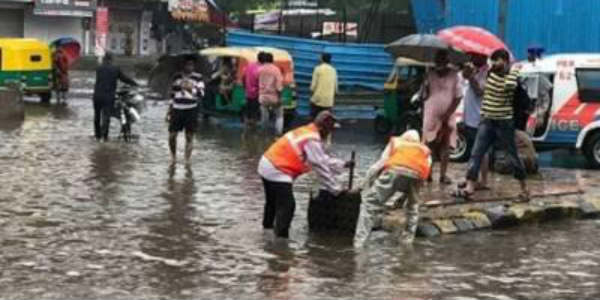 Floods across many parts of the country have wreaked havoc resulting in chaos in several areas. The flood toll has reached a whopping 200 now and a few thousands have become homeless.

Rescue and relief operations were in full swing which is why thousands were sent to safer places.  Not only this, PM Modi announced that the injured are entitled to compensation of Rs 50,000, while the family of deceased will get Rs 2 lakh.

The two weather systems which developed over either side of the country, one being over South Rajasthan and Gujarat and another over Gangetic West Bengal as well as Jharkhand were responsible for bringing torrential rains. Heavy rains were witnessed over many parts of the country.

Though rains have reduced significantly over the areas of Odisha. Waterlogging was observed in many parts of Jharkhand and West Bengal including Ranchi, Jamshedpur, Bankura and a few adjoining areas. Now, as this weather system has moved away from the affected areas and is expected to weaken gradually while moving further west.

Check out the latest lightning and thunderstorm status across Gujarat 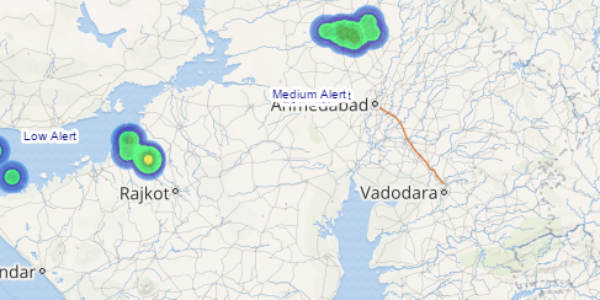 Meanwhile, many parts of Gujarat and South Rajasthan have been reeling under flood conditions which escalated to being severe due to non stop rains.

Since the second week of July, back to back weather systems have been affecting Gujarat and South Rajasthan. Initially, the low which formed over Southeast Uttar Pradesh travelled over Gujarat and gave heavy rains over the region.

Another Weather system which formed over West Central Bay off Odisha coast also travelled up to South Rajasthan and Gujarat around July 20. Since then, the system has been persisting over the region and giving heavy to extremely heavy rains over that area.

Now, this low pressure area has weakened into a cyclonic circulation and lies over East Rajasthan.

Thus, flood threat has reduced significantly over eastern parts of the country and we expect the merging of this weather system with a cyclonic circulation over East Rajasthan. The merger of these two weather system is likely to take place over Madhya Pradesh and adjoining Southeast Rajasthan.

With this, moderate to heavy rains over Southeast Rajasthan and adjoining Gujarat for another 24 hours. Therefore, flood situation will remain grim over Gujarat and complete relief is not expected anytime soon.

Rains in Kerala to continue for the next couple of days

Circulation Over Bay Of Bengal Weakens, Yet Another Weather System Likely By End Of Week