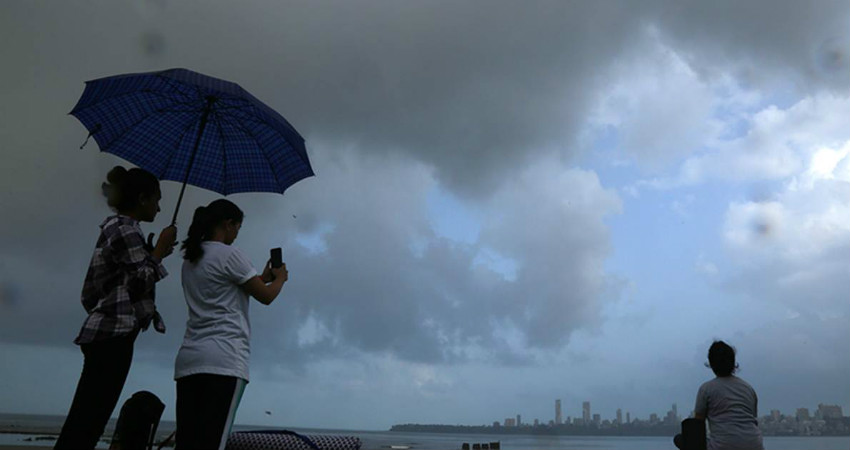 Updated on August 6, 2019: Monsoon rains have been on the heavier side in the last 24 hours for Kerala and Coastal Karnataka. In fact, Monsoon surge has remained active over the region.

Published on August 5, 2019: By now we all know the fact that the West coast of our country is a large contributor to Monsoon rains. The maximum amounts of rain are recorded in Coastal Karnataka followed by Konkan and Goa and then Kerala.

The West Coast is a very large stretch due to which simultaneous activity across the region is generally ruled out. However, two regions receiving rains simultaneously can be a common sight.

Over the last three days, Konkan and Goa have been the activity centre. Unprecedented rains have been recorded in Alibag, Mumbai, Ratnagiri, Sindhudurg, and Dahanu. Konkan and Goa is now rain surplus by 40% while the other two regions are still trailing. At present, Coastal Karnataka is rain deficit by 12% and is in the normal bracket (+/- 19% considered normal) while the deficiency in Kerala is 34%.

The activities along the West Coast is because of the off-shore Trough which brings the Monsoon surge and the presence of weather system in the Bay of Bengal also helps in pushing the surge. For a week at least, the heavy rains which were being recorded in Konkan and Goa are likely to slow down. Only moderate rains with intermittent heavy spells are expected.

During this period, rain activities are likely to pick up pace over Coastal Karnataka and Kerala. Today onward, moderate rains will be a sight over Kozhikode, Kannur, and Wayanad up to Kochi. Eventually, rains will pick up pace over the state continuing for at least a week. Rains will be seen over Goa and parts of Coastal Karnataka as well. In between, intermittent heavy spells can be witnessed in Goa.

While Agumbe, Karwar, Honnavar, and Mangaluru will see moderate to heavy rains. We would like to bring to your notice that whenever there is an Anti-Cyclone over South Arabian Sea, it restricts the free flow of Southwest Monsoon. Thus, in the absence of this system, rains in Kerala will now revive. And after a week, there stands a chance that an Anti-Cyclone may develop in the Arabian Sea, then again rains will recede from Kerala.

In simple terms, we can say that the cross-equatorial flow gets restricted and in turn affects the Monsoon current.