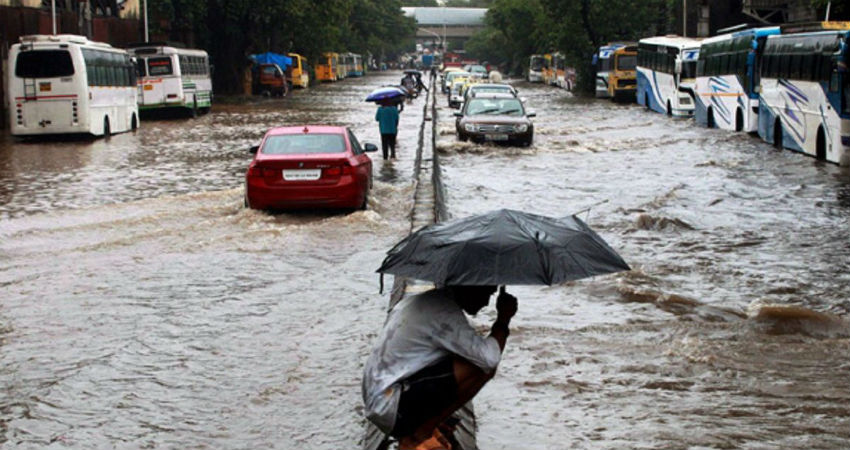 At present, multiple systems are keeping the Monsoon surge active along the West Coast. Coupled with this system, is the Cyclonic Circulation over Gujarat and a wind shear zone extending from North Konkan up to Odisha. The strong westerly winds are also blowing along the Maharashtra coast.

All these weather systems have resulted in heavy to very heavy rains along with isolated heavy spells in Konkan and Goa including Mumbai. Nearly six cities have received more than 100 mm rain in just 24 hours.

According to our meteorologists, the Monsoon Surge along the West Coast would decrease, but rains would continue in South Konkan, wherein Sindhudurg, Ratnagiri as well as adjoining parts of Madhya Maharashtra would witness moderate to heavy rains for next 24 hours. 6 September onward, the intensity would taper over the region.

Mumbai rains would be scattered and light today coupled with one or two moderate spells. By tomorrow, rains would further decrease and only isolated patchy showers would occur. With dry conditions gradually taking over the city again, the temperatures would rise leading to sultry weather.

However, rains would continue with moderate to heavy in intensity over Nagpur, Gadchiroli, Gondia, Wardha, Yavatmal and Chandrapur districts of Vidarbha until September 7.

On the other hand, only light rains are likely in Nashik, Pune, Malegaon, Jalgaon, Parbhani and Nanded districts of Madhya Maharashtra and Marathwada today and tomorrow.

Meanwhile, rains have remained moderate over the region of Vidarbha due to the effect of the Low-Pressure Area over Odisha, moving closer to the central parts of the country.