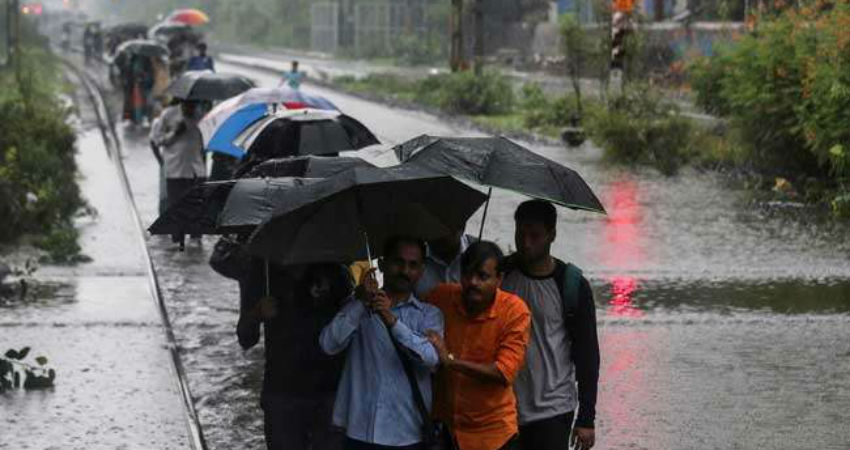 The Western Ghat is the rainiest pocket of the country during the Southwest Monson season. And the Konkan region receives the maximum amount of rain during this period. One of the best examples is the city of Mumbai.

The commercial capital Mumbai in the Konkan region receives an annual rainfall of 2373 mm out of which 95% of the rain, which is 2260.4 mm is received during the Monsoon period of June, July, August and September. From December to April the city is almost dry.

So if we focus only on the very active Monsoon period of June and July, 60% of the rain is observed in the city of dreams Mumbai during these two months. We can say that June and July compliment each other by acting as fillers for deficient rain. June and July are also the rainiest months for the entire West Coast.

Rainfall of 200 mm or beyond in 24 hours is not very rare during the months of June and July. Therefore, Mumbai has the potential to catch up with a large deficiency at any given point of time.

For instance, from June 1 to June 28 Mumbai had received a paltry 187 mm of rain against its monthly normal of 493.1 mm. But in the following two days, heavy rain in Mumbai saw the rainfall figure cross the monthly average to settle at 515 mm. The start of July also panned out in a similar fashion with Mumbai observing a whopping 375 mm of rain on July 2 -highest 24-hour rainfall in last decade.

The other two Monsoon months of August and September are also good performers with 40% (926.6 mm) of the annual rain being observed during these two months. Interestingly all four months have a unique characteristic, they neither fail or excel during the Monsoon months in terms of rain.

But if we look at the rainfall data available, the month of July performed exceptionally well for Mumbai with 1142.2 mm of rain against the monthly average of 840.7 mm in 2009.

In 2015, which was again a drought and an El Niño year, July defied odd to record a whopping 1106.7 mm of rain in Mumbai. While in 2014, again a drought year June performed exceptionally well for the city with 1468.5 mm of rain.

So going by the statistics there has hardly been an occasion when Monsoon rain in Mumbai has disappointed. Rains in Mumbai has always defied odds to give good rains in the city.

Any information picked up from here should be attributed to Skymetweather.com