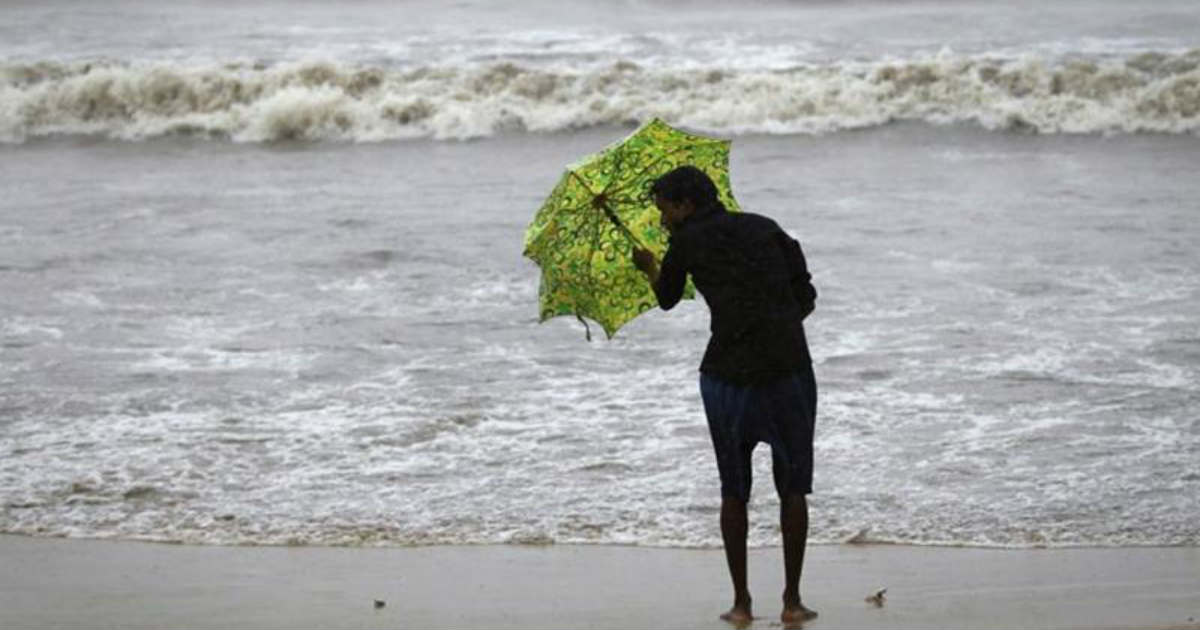 The present SST in Nino index of 3.4, which is the area of concern for India, stands at 0.8°C. Second week of May did see SST plunging to threshold value of 0.5°C. However, excessive warming across the Pacific Ocean saw temperatures rising once again.

Following are current values of various indices across the Pacific Ocean.

Monsoon 2019 is knocking the doors, but not promising sufficient rains. The onset phase is likely to be delayed and weak as well, which is surely going to cast shadow. Blame it all on El Niño as weather models are indicating towards 70% to 80% probability through May-June and 55% to 60% through Monsoon months. In fact, SST would remain well above the threshold value throughout the Monsoon months of June to September. 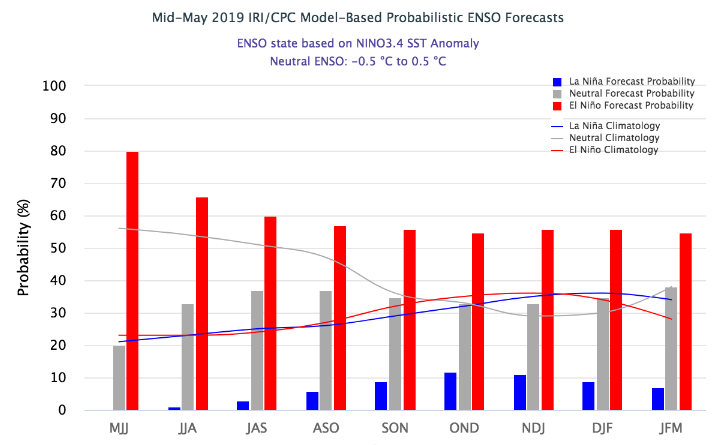 El Niño is always read with Southern Oscillation (SO) and both are known together as ENSO. While El Niño is an ocean-atmospheric phenomenon, SO is a surface phenomenon.

SO indices are measured of the large scale fluctuations in air pressure occurring between western and eastern tropical Pacific.

Similar conditions could be seen across Pacific at present. According to weathermen, when both SO and El Niño are in resonance, that indicates that both atmosphere and ocean are responding in the same manner. Invariably SO is in negative phase during an El Niño phase but it is the amplitude and pattern of SO which decides the impact.

With El Niño showing no signs of devolving soon, the Monsoon onset month of June is going to be worst hit. Drought like conditions are likely to prevail in view of very less rainfall predicted in the coming month. Skymet Weather has already predicted June rains to be significantly low to the tune of 77% and it may even climb further.

El Niño has great bearing on Southwest Monsoon 2019 that is expected to record below normal rains to the tune of 93% of the long period average of 887 mm of rains from June to September.

Pre-Monsoon rains have been already missing from the country, with rain deficiency in the coastal state of Kerala over 50%. In coming days as well, we are not expecting any significant spell due to the absence of strong weather system.

With this, the country is staring at delayed arrival of Monsoon around June 4 (with an error margin of +/-2 days), which is four days after of its normal date of June 1.