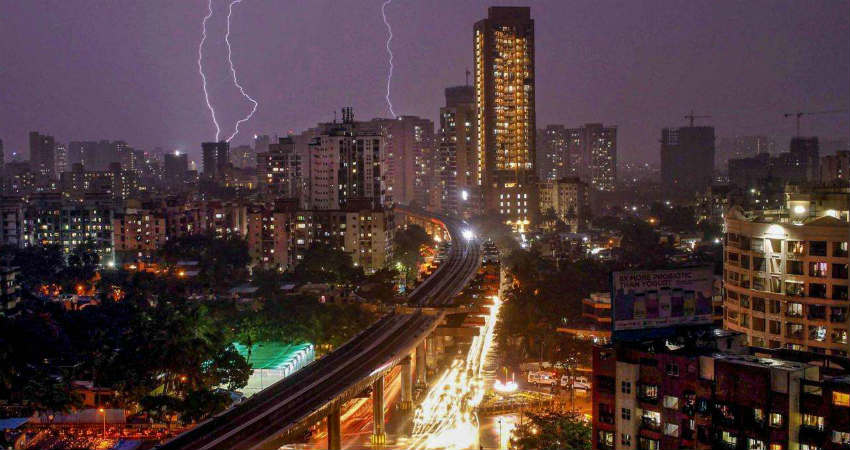 Mumbai rains have made their comeback and some good rains have been seen in the last 48 hours. Temperatures have been dropped making the weather pleasant in the afternoon hours to some extent.

These Mumbai rains have been attributed to Cyclone Vayu which has intensified into a Very Severe Cyclone today. In the wake of Cyclone Vayu, more Mumbai rains are expected in both the city as well as the suburbs.

Parts of North Madhya Maharashtra will also see some rains. Today, during the afternoon hours, very severe Cyclone Vayu is expected to move west of Mumbai, around 260 km away from the coast. Due to the movement of the storm, rain intensity may increase. The storm will pack wind speed gusting up to 60 kmph.

Thus, windy afternoon with some rains may be seen over the city of Mumbai. Moreover, the waves will also be high, at about 8 to 10 feet. Thus, precautions need to be taken and they should not venture out in the sea for at least the next 24 hours.

After the storm Rain intensity will reduce to some extent on June 13 and 14, and again pick up pace around the weekend resulting in the onset of Monsoon around that time.