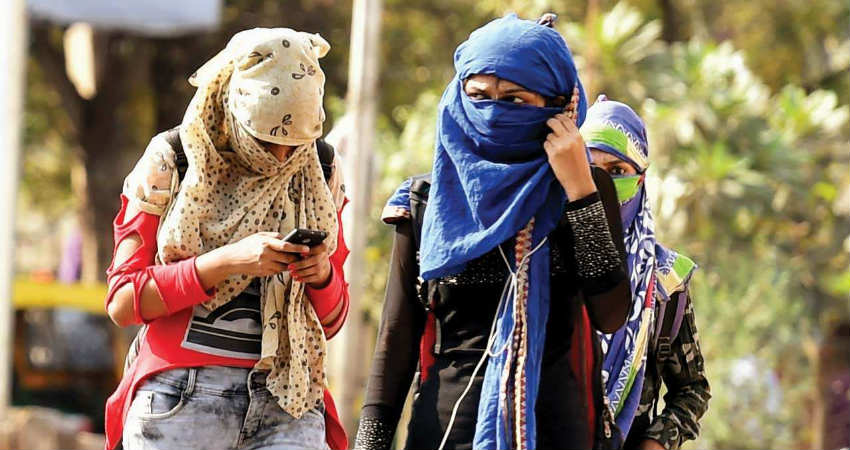 Konkan and Goa including Mumbai have been experiencing hot weather conditions for the past two days. The temperatures have been significantly settling above normal whereas Vidarbha and many parts of Madhya Maharashtra are experiencing near-normal or marginally below normal day temperatures.

The capital city of Mumbai recorded the highest maximum of the season at 38.4 degrees Celsius yesterday. This is the second time during this season (so far) that the dream city has crossed a 38-degree mark. Earlier, on February 17, the mercury had touched 38.1 degrees Celsius.

According to Skymet’s meteorologists, easterly/southeasterly winds need to be blamed for such high temperatures. However, the situation is going to change soon as the weather models are indicating some developments.

A Trough is going to form right from West Uttar Pradesh to Vidarbha across Madhya Pradesh. In the wake of this system, the wind pattern may change and the winds are expected to blow from the north direction. These winds are likely to drop the temperatures of Mumbai and adjoining areas.

The Trough is also expected to bring along scattered rain and thundershowers for North Madhya Maharashtra and parts of Vidarbha on March 1. Some isolated showers are also likely on March 2.

Thereafter, the weather systems may turn insignificant due to which the weather would clear up from Vidarbha.

This Winter season hasn’t been that great for Maharashtra as most parts of the state have remained almost dry. For instance, Konkan and Goa has not received any rainfall till date and is 100% rain deficient, followed by Madhya Maharashtra 99% and Marathwada 55%.

Vidarbha is the only meteorological division that has been able to achieve a surplus of 45%. The reason can be attributed to on and off rains due to back to back formations of Confluence Zone. (rainfall data from January 1 to February 27).