Must Watch: Crop burning images by NASA that led to pollution in Delhi NCR 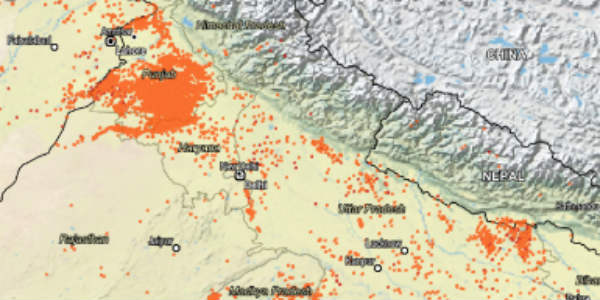 Thick layer of smog has been witnessed over the national capital since past one week. So much so that the daylight was missing throughout the day and the visibility remained on the lower end. Residents were severely affected with breathing and vision snags. In fact, medical as well as weather experts termed the city as a ‘Gas Chamber’.

Stubble burning in the neighboring states of Punjab and Haryana is the main contributor to the raising levels of pollution in Delhi-NCR. Apart from this, the smoke emitted by factories and vehicles and burning of fossil fuels also adds up to the pollution levels.

The states of Punjab and Haryana lie northwest of Delhi; consequently the light northwesterly winds carry smoke and pollutant particles towards the city.

Besides this, the national capital is densely populated with not much vegetation; thus these impurities get blended with the already polluted city that deteriorates the situation.

The raising level of pollution in the national capital remains a major concern for WHO as well as NGT (National Green Tribunal) as it leads to major health hazards in terms of respiratory and heart complaints.

In spite of the NGT banning stubble burning, a huge increase in the number of crop fires in Delhi and adjoining states particularly Punjab and Haryana has been reported.

NASA has revealed a few pictures of enormous crop residue burning in Haryana and Punjab. You can check the crop burning images revealed by NASA here: 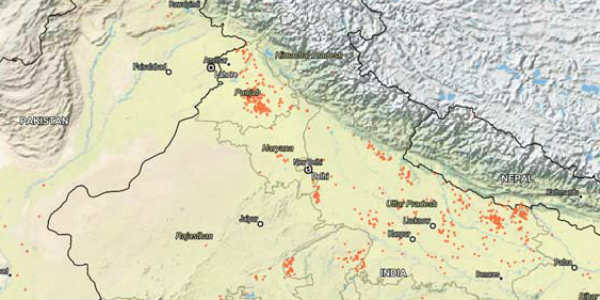 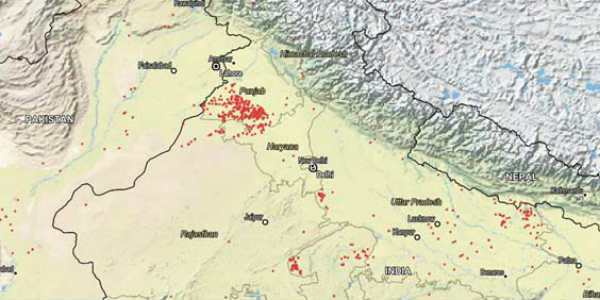 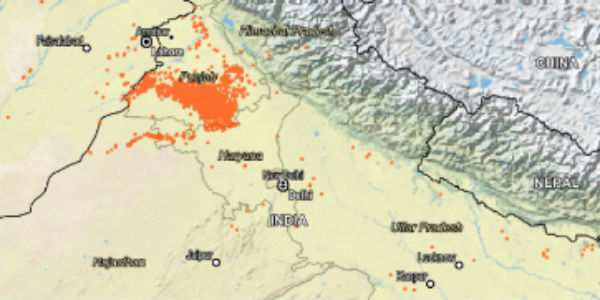 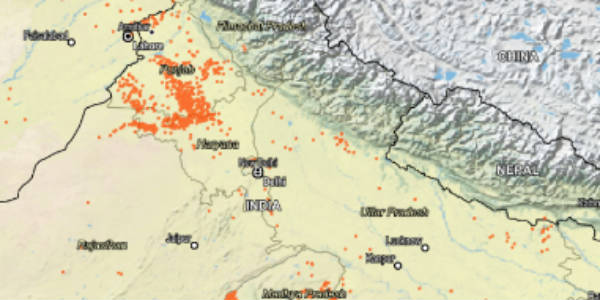 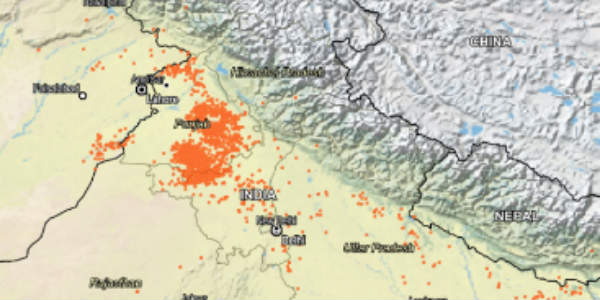 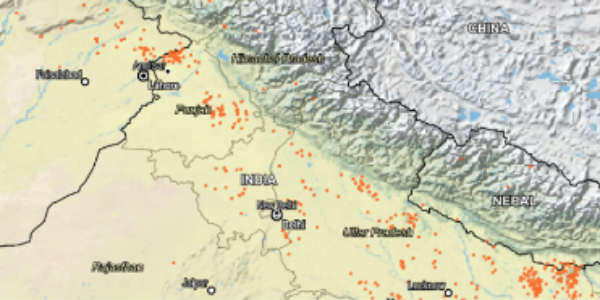 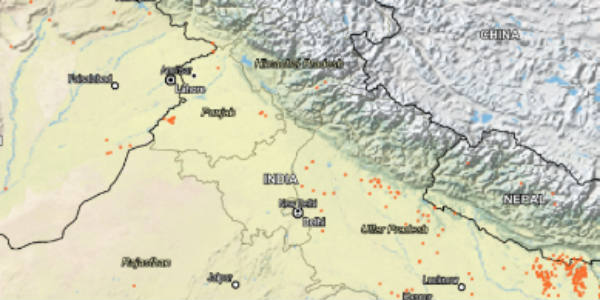 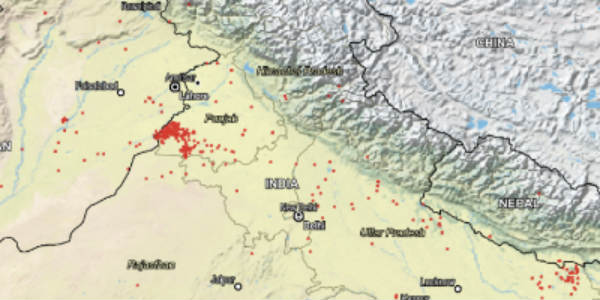