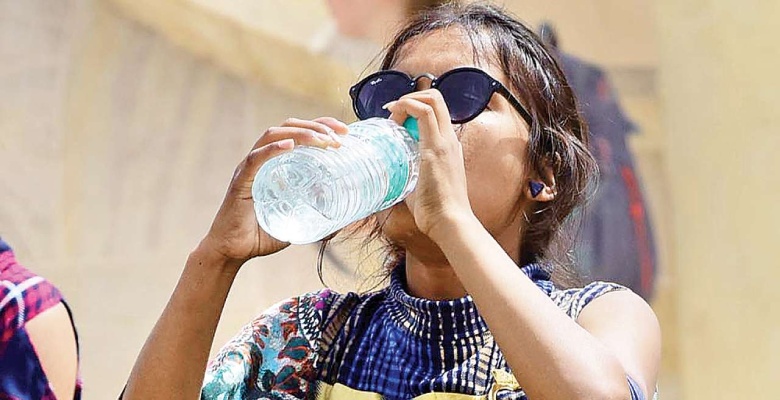 Mid-April to June till the arrival of monsoon over most parts of the country is considered the peak heat period. Central and western parts of the country take the lead in having frequent and prolonged heatwave conditions with mercury breaching the 45 degrees mark. Invariably, heatwave comes in the aftermath of an extended dry spell accumulating bake and subsequently relieved either with thunderstorm or change in the wind pattern.

Likely weather activity in the northern plain over the next 2 days is going to suppress the day temperatures. This will be followed by another short and mild spell for the subsequent 48 hours. Extension of the trough across Vidarbha, Chhattisgarh and Odisha will bring this region under pre-monsoon shadow and check the rising temperatures. Change in the wind pattern over West Rajasthan and Gujarat due to the weather systems traversing up north will control any abrupt rise of mercury over these 2 pockets. The temperature will generally hover around 40 degrees for the next 3 days.

Pre-Monsoon activity will ease out from most parts of the country from 24th April onward. This will give room for the build-up of desertic conditions for the following few days. However, the remnant effect of earlier weather will not allow an uncontrolled rising spree and thereby escaping any heatwave conditions. Notwithstanding marginal relief, Gujarat, Madhya Pradesh, Maharashtra and Rajasthan will become potential contenders for temperatures in excess of 41 degrees celsius. Mercury may breach 42 degrees at few places like Barmer, Jaisalmer, Phalodi, Bikaner, Pali, Nagaur and Chittorgarh. Also, some locations in Vidarbha like Bramhapuri, Chandrapur, Nagpur, Wardha, Gondia and Yeotmal will follow the same track. Other than these, some pockets in Gujarat, Madhya Pradesh, Chhattisgarh, Bihar, Jharkhand and Odisha will score temperatures reaching or exceeding 42 degrees.