October to end on rainy note for Nagaland, Manipur, Mizoram and Tripura 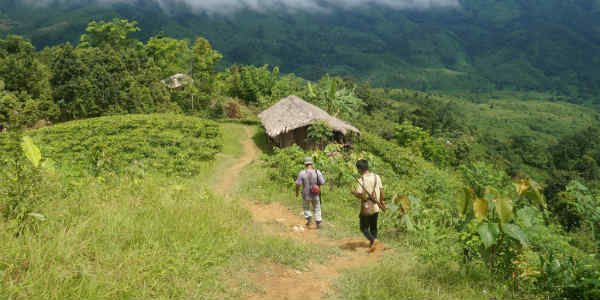 In the absence of any significant weather system such as low-pressure area or any prominent trough, the north-eastern states of the country are experiencing dry weather conditions.

Moreover, since the withdrawal of Southwest Monsoon, winds have also changed their direction. The humid south westerly or southerly winds from Bay of Bengal are replaced by dry winds from north and northwest, thereby making the weather arid.

However, a cyclonic circulation is expected to develop over Gangetic West Bengal around October 27, the effect of which will increase the humidity level followed by cloud formation and subsequent rainfall.

In the coming days, a trough is also expected to extend from Gangetic West Bengal to Tamil Nadu across Odisha and Coastal Andhra Pradesh which will lead to moisture incursion from Bay of Bengal in the form of south westerly winds over Nagaland, Meghalaya, Manipur and Tripura.

Further, rains are expected to revive over these states commencing from October 27 and continuing till November 1. The Intensity of these rains will mainly be light to moderate with isolated heavy spells over some parts.

After this phenomenon, rains will once again start decreasing around November 3 and weather will go almost dry with isolated dry spells. Thus, the month of October will end on a rainy spell for northeastern states of the country,