Pollution to soar to 'very poor' category around Jan 12; dense fog to resume 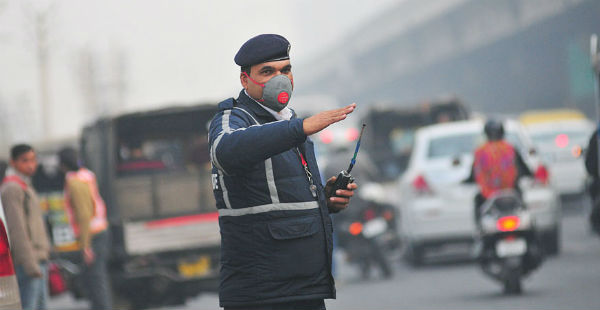 Dry and cold northwest winds continue to blow over Delhi and NCR since the last two days. During the last 24 hours, minimum temperatures have been recorded marginally below the normal levels.

Scattered rains occurred over Delhi and NCR on January 5 and 6. Since then, moderate winds continued to blow over the region which resulted in improvement in pollution levels to some extent. Due to the winds being moderately dry, pollution levels improved further. However, in the beginning of January, pollution was in ‘severe’ category which has now come down to ‘moderate’ to ‘poor’ category.

A fresh Western Disturbance has now approached the state of Jammu and Kashmir. Now, we expect dry and cold winds blowing from northwest will change direction and will start blowing from east and southeast instead. Minimum temperatures of Delhi are expected to increase by 2-3 degrees in the next two days. Minimums may reach in double digits also.

Due to formation of induced Cyclonic Circulation over Rajasthan and adjoining areas, medium to high cloud coverage is expected over Delhi in the days to come. However, chances of rain are very less.

Pollution may increase once again over the area January 12 and 13 onward as wind speed will decrease while changing direction. Some places will even experience pollution levels soaring to ‘very poor’ levels. After the passage of Western Disturbance, winds will once again start blowing from Northwest direction. Due to this, minimum temperatures will see a fall yet again. We expect moderate to dense fog on January 14 and 15.