Rain and thundershower visiting Delhi NCR in the next 24 hours 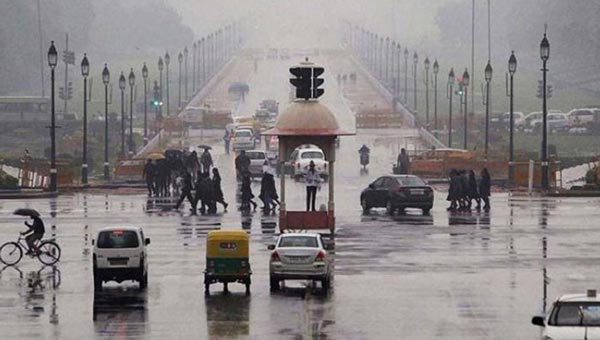 A Western Disturbance is presently lying over North Pakistan and adjoining areas and its upper air system is extending up to 4.5 km above sea level. The induced Cyclonic Circulation now lies over West Rajasthan and adjoining areas. Both the systems are likely to move east-northeastwards.

Due to this, rain and thundershower activities are likely at many places over Delhi-NCR during the next 24 hours, combined with strong gusty winds blowing over the region. Moderate spells may also occur over a few places. Chances of hailstorm cannot be ruled out. Rain and thundershower is likely in the evening up till afternoon of January 6. Thereafter gradually, the rain will take a backseat.

Due to thick clouding and rain over the region, day temperatures are expected to drop significantly over the region. This might lead to Cold Day conditions to develop over a few parts. A place is considered to be under ‘Cold Day’ conditions when the maximum temperatures touch the mark of 16 degree Celsius or so. Delhi is also expected to observe dense fog at many places during the morning hours.

During the last 24 hours, marginal change in minimum temperatures was observed over the entire Delhi region. Shallow to moderate fog was observed during morning hours, with the lowest visibility reported at Palam at 200 metres and Safdarjung observed 500 metres.