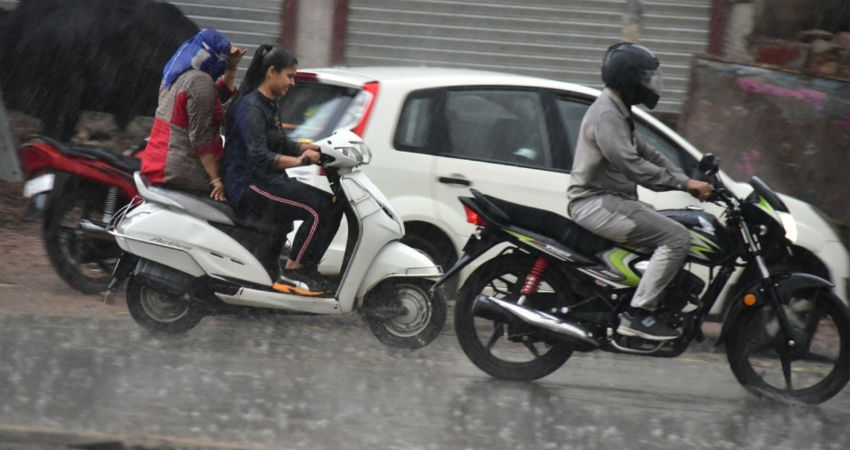 After a long time, there are chances of rains in the plains of North India. There is a possibility of very good rainfall in the mountainous areas between 7 to 11 December. Rainfall activities can also be seen in some places in the plains on 11 December.

At this time, an active Western Disturbance is coming towards North India. Its effect will start to be visible in the mountainous areas from December 7, while plains will have to wait.

Due to the effect of these two systems, the minimum temperature will increase in all the plains cities of North India, including Delhi, during the next four-five days, while the day temperature is expected to drop slightly. Some areas in the day will remain partly cloudy for the next four-five days and there will also be mist, due to which the effect of sunlight will be less.

The wait for rain will be over for Punjab, Haryana, Western Uttar Pradesh, Delhi NCR and the north and eastern regions of Rajasthan on December 11, when there will be rain in these parts.

There is also a possibility of heavy snowfall in the high mountain areas. During this period, good rains are expected at many places including Gulmarg, Pahalgam, Kulgam, Srinagar, Jammu, Udhampur. Heavy snowfall is likely to occur in the higher reaches of Jammu and Kashmir and Himachal Pradesh from December 7 to 9, which may cause many routes to be closed in these parts and normal life may be affected.

There will also be a possibility of landslides and avalanches in some areas during this period. After 10 and 11 December, when the Western Disturbance and Cyclonic System will move further forward, the cold northwest winds will start moving and the cities of the plains of North India will once again experience severe cold.