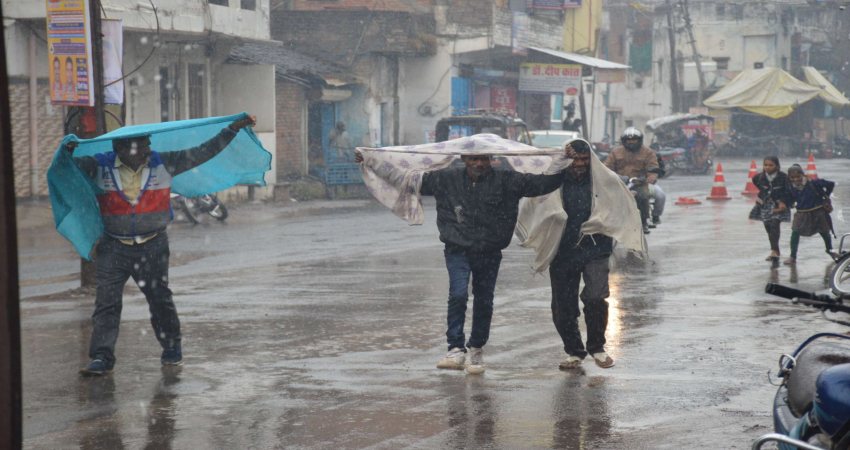 In the coming days, this weather may change. This change is expected from 16 February. Before that, the weather will remain dry throughout India. A cyclonic circulation is currently over Central India, which will gradually move towards Odisha. Apart from this, a trough is formed from Kerala to Marathwada. Both these systems will be gradual and effective, and two opposite direction winds will arrive over Central India, due to which the weather will change and rain will start from 16 February in Central India.

The rains will begin over some areas of Chhattisgarh, East and South East Madhya Pradesh and Vidarbha. Light rain activity can occur over rest of Madhya Pradesh and some other areas of Maharashtra and also in eastern areas of Gujarat. Rainfall is likely to occur over at some places in the southern states from February 16 to 18. Cities in South India, mainly Kerala and coastal Karnataka, may be affected. Weather in Tamil Nadu and Andhra Pradesh will be mainly clear. There is a possibility of rain in some places in Telangana as well. The 64% deficiency in central India is expected to improve due to this rain.