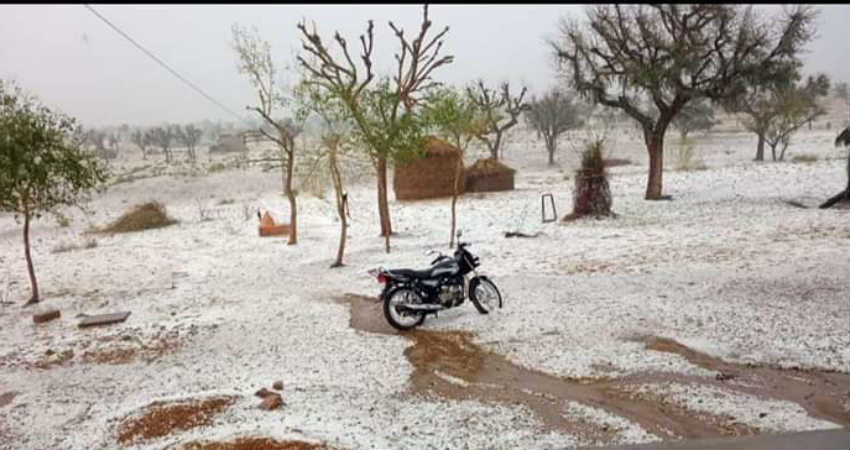 The state of Rajasthan has recorded fairly widespread rains in the last 24 hours. Nagaur district in the state has seen heavy rains and hailstorm during the evening hours and night which blanketed the streets and made it look like snow.

Now, the weather is clearing up over the state of Rajasthan as the induced Cyclonic Circulation is expected to fade away and the sun will come up today. Now, minimum temperatures are expected to drop initially and thereafter, over eastern parts as well as northerly cold winds will start blowing from the hills of North India. Moreover, minimums have already witnessed a drop.

Thus, we do not expect much rain activities now over most parts of Rajasthan as the weather system is moving eastward. However, eastern districts may see some patchy rains today as the moisture content is high. Heavy intense rains and hailstorm, however are ruled out.