Rains to reduce in Bihar and Assam as Low Pressure Area weakens, flood situation to improve 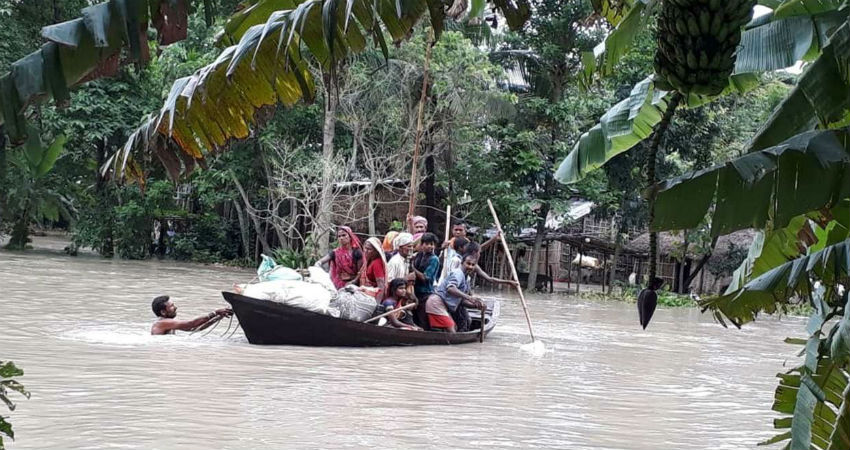 Heavy to very heavy Monsoon rains have been lashing the states of Bihar and Assam since the last one week. The heavy downpour has resulted in widespread flooding, thus leading to swelling of many rivers.

The same scenario was observed in the last 24 hours as well, wherein moderate rains with one or two heavy spells lashed Northeast Bihar, while, rains occurred with moderate to heavy in intensity in parts of Assam.

Heavy rais lashing adjoining parts of Nepal has made the situation worse for Bihar, as most of the rivers in Bihar originate from Nepal. The water levels of several rivers have been on a rising trend since the past five to six days due to heavy rains.

One of the reports by the Disaster Management Department revealed, due to torrential rains in the catchment areas bordering Nepal, nearly five rivers of the state are flowing above the danger level, at present.

According to other reports, hundreds of people have fled their homes in districts like Supaul, Muzaffarpur, East Champaran, West Champaran, Araria and Kishanganj. Several trains have also been diverted.

Similarly, widespread floods have wreaked havoc in more than 21 districts of Assam, which is actually a regular phenomenon, during the Monsoon season.

The reason for these floods can be attributed to the Well Marked Low Pressure, which was persisting over parts of Bihar. Also, an East-West Trough was reaching up to Nagaland.

Now, the Low-Pressure Area has weakened and the seasonal Trough has also started to shift southwards. Thus, a significant decrease is expected in the rainfall activities in Bihar and bordering Nepal. However, moderate rains with one or two heavy spells may continue to lash Assam for the next 48 hours.

We now expect a gradual improvement in the flood situation, but it will take another four to five days for the water to recede and the situation to come under control.

Due to heavy rains, that continued throughout the last week, Bihar has now become rain surplus by 18 %. Rain deficiency in Assam has also come down to a great extent and the state is now deficient by only 8% (+/-19 is considered normal).