Rains in Delhi, UP to welcome the festival of Lohri, Sakrant; chillness in offing 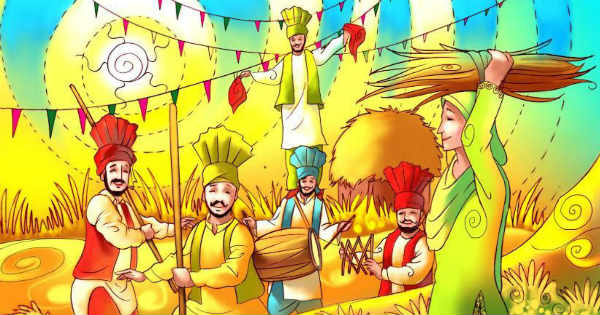 Lohri is celebrated to mark the end of an intense winter and it also celebrates the sowing of the Rabi crop. It celebrates the arrival of the new month and the new season and is a festival of happiness and anybody new in the family adds to its fervor. Comes evening and the bonfire is lighted with family and neighbors singing and dancing around it. The fire indicates the spark of life and prayers are said for goodwill and abundant crops.

However, winters pounded the doors of Delhi little late this time. With this, the severe winter chill started off around December 29, 2018 which continued till January 1, 2019. The minimums then were oscillating between 4-5°C and even went down at few occasions.

Last weekend, that is on January 5 and 6, Delhi-NCR witnessed first winter rains for this season. Rains were seen after a gap of long 20 days. These rains helped in lowering down the pollution levels. Post this, cold dry winds from the Northwest continued to blow over the national territory with a speed of 10-15 kmph, resulting in further improvement in the Air Quality Index (AQI).

At present, the Western Disturbance is over East Jammu and Kashmir which is likely to move away during next 24 hours. Post this, another fresh Western Disturbance which is currently over Afghanistan and adjoining Pakistan is likely to affect the upper reaches of Jammu region by January 15. It’s induced Cyclonic Circulation now lies over West Rajasthan and another low-level Circulation is over Delhi and adjoining West Uttar Pradesh.

Due to the prevalence of this weather system, clouding is likely to increase over the region, leading to further rise in minimums and fall in day temperatures over Delhi and adjoining West Uttar Pradesh. Not only this, the spell of light rain and thundershowers is expected over isolated pockets of Delhi, Aligarh, Mathura, Meerut and many regions of northwest Uttar Pradesh. However, rains will be for a very short period. Clouding may persist over the region, leading to fall in maximums and improvement in pollution levels for good 48 hours. The wind speed will be around 15-20 kmph.

Calm and light winds along with rise in humidity levels because of an induced Cyclonic Circulation over Northern Plains are the contributors for hike in pollution levels. Haze and mist are also on a rise. The pollutants in the atmosphere get clinged with mist and haze, resulting in rise in pollution levels over many parts of Delhi-NCR. Few pockets are running under severe conditions and rest are in the range of very poor to poor.

On January 13, shallow fog can be witnessed in the morning hours with haziness to persist throughout the day and maximums will see a drop due to persistent clouding. On January 14 and 15, both the maximums and minimums will see a drop. Thus, the festivals of ‘Lohri’ and ‘Makar Sakranti’ will be celebrated with the hint of chillness. Despite icy wind, the festive mood of Lohri is to keep its warmth owing to its Bonfire celebration. It is an accepted fact that this festival is to worship fire.