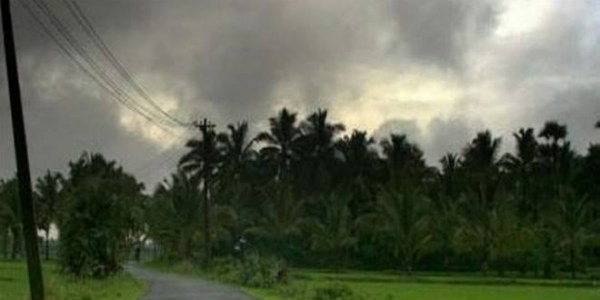 Pre-Monsoon rains have been on the poorer side as far as the entire country is concerned. The month of March was quite disappointing; however, April was still better in terms of rains. The deficiency overall, remains.

Meanwhile, South India has been performing quite week since the month of March itself. In fact, April was also faring in a comparable manner. Until now, South India is the only pocket which shows positive rain signs with a surplus of 32 percent.

The Pre-Monsoon activity over this region has occurred due to the trough extending along the East Coast along with semi-permanent feature called the Peninsular India trough. The wind discontinuity persisting over Peninsular India also had some role to play.

All the cities in Peninsular India have been able to achieve normal rains. The capital city of Karnataka, Bengaluru has also been able to surpass its monthly rains quite easily. These rains have been much of a heat triggered activity as temperatures have remained on the higher side and have occurred in the later part of the afternoon only.

The last two weeks were good enough for the region in terms of rainfall activity. As per weathermen at Skymet Weather, these rains are expected to continue for another two days over Kerala, South Interior Karnataka, and Interior Tamil Nadu. Isolated thunderstorm and rain are also expected over Telangana, Rayalaseema, and Andhra Pradesh.