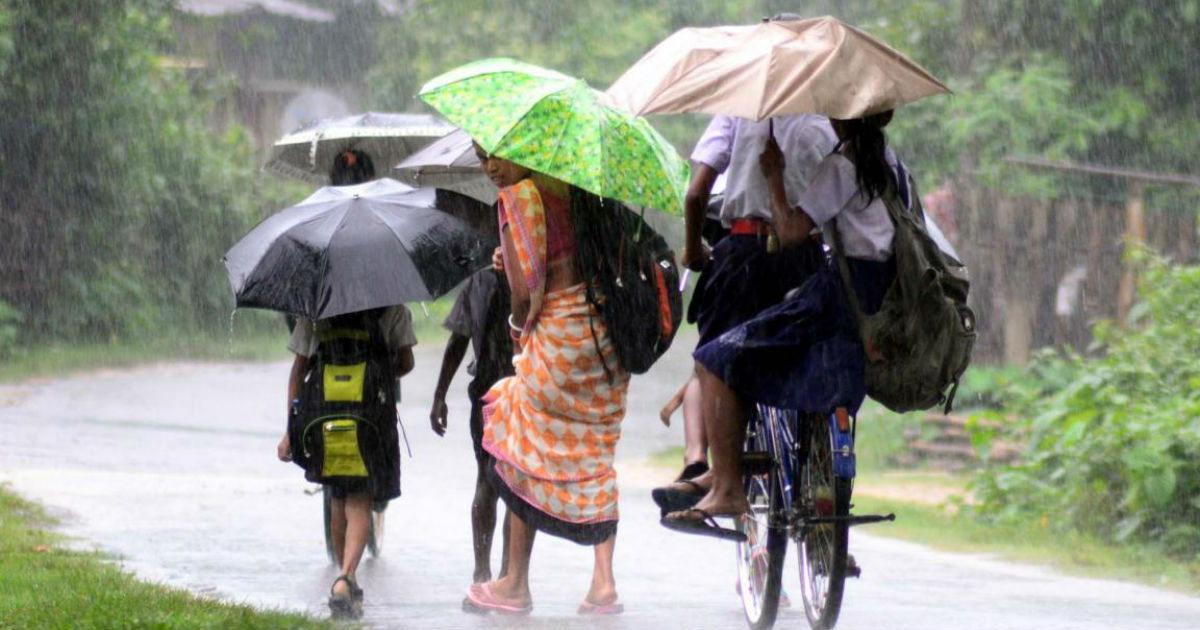 Active monsoon conditions are likely to prevail over Northeast India with fairly widespread rain and thundershowers over most sub-divisions. Assam, Meghalaya, and Arunachal Pradesh will get a bigger share than the rest and this weather activity will last till month-end. Rain and thunderstorm with lightning and strong winds will occur towards late evening and night.

Southwest monsoon has gone weak over most parts of the country. There is no major weather system over the north, west, center, and southern parts of the country. Remnant of the earlier low-pressure area over Uttar Pradesh is now marked as a cyclonic circulation over Northwest Bihar and adjoining region. This feature will drift slowly eastward along the foothills of Bihar, sub-Himalayan West Bengal, and Sikkim. The trough line earlier marked along the Indo Gangetic plains will be pushed along the foothill all along from Bihar to Arunachal Pradesh. This is an ideal situation for Northeast India to witness active monsoon conditions. Normal monsoon for other parts of the country revives with the formation of a fresh monsoon system over the Bay of Bengal.

Despite the timely onset of monsoon over the northeast region, all states have a shortfall varying from marginal to huge. Assam, Mizoram, and Nagaland are placed better with shallow deficiency of 9%, 12%, and 15% respectively. Manipur and Meghalaya have a large shortfall of 57% and 41% respectively. This wet spell may halt further slippages with an outside chance of slight recovery.

Northeast India is the 2nd rainiest pocket, next to the Western Ghats, during the monsoon season. Assam & Meghalaya receives about 1774mm and Arunachal Pradesh soaks nearly 1727mm during four months from June to September. This is the reason that despite having few decent wet spells since the onset of the monsoon, the overall status remains poor. Meghalaya has received huge 316mm rainfall in the first three weeks of June but is still deficit by 41%.

Meteorologically speaking, during break-in monsoon conditions, when the country strives for rains, Northeast India gets swamped by flooding downpour. Also, when the monsoon low or depression over the Bay of Bengal crosses the coast, the entire region gets saturating rains, inundating some areas. Prospects of heavy rains are more promising in July and August.