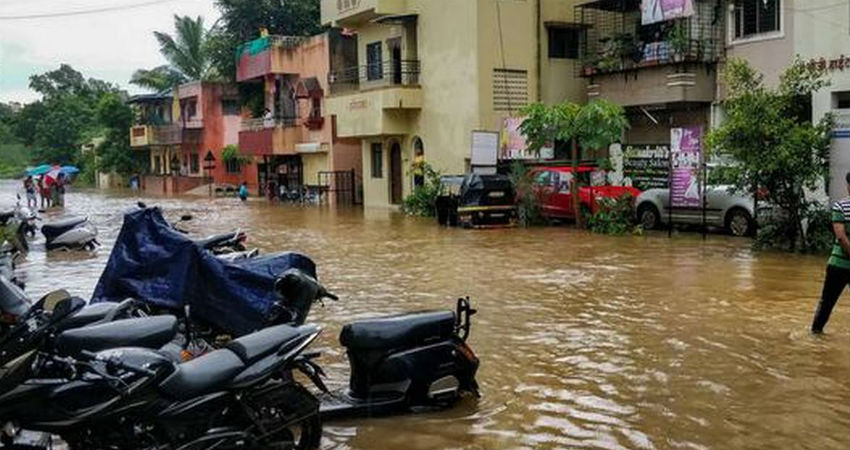 In fact, the monthly average rainfall for October for most cities in Maharashtra is less than 100mm. The monthly average rainfall of October for Mumbai is 89.3mm. The 24 hours rainfall record for Mumbai for the month of October is 140.8mm which was recorded on October 4, 1988. During the last 24 hours, Mumbai has received highest 24 hours rainfall recorded in a decade.

These unseasonal rains over Maharashtra are due to the well-marked low pressure area, which travelled as a deep depression from the Bay of Bengal and crossed Telangana as a depression. Now, this well-marked low is over south the Madhya Maharashtra and adjoining South Konkan and Goa. This well-marked low will move in the West North West direction and emerge into the East Central Arabian Sea by tonight or early morning tomorrow. It may intensify further into a depression, but will not impact the Indian mainland much as it will move in the westerly direction away from the Indian coast.

There may be few moderate spells of rain and thundershower over South Konkan and South Madhya Maharashtra. Rain activities over Mumbai and suburbs will be light with one or two short intense spells. The rain threat is now over for Mumbai. Although, on and off rain and thundershower activities may continue over many parts of Maharashtra during next few days, but the intensity will remain light and rains will be patchy.