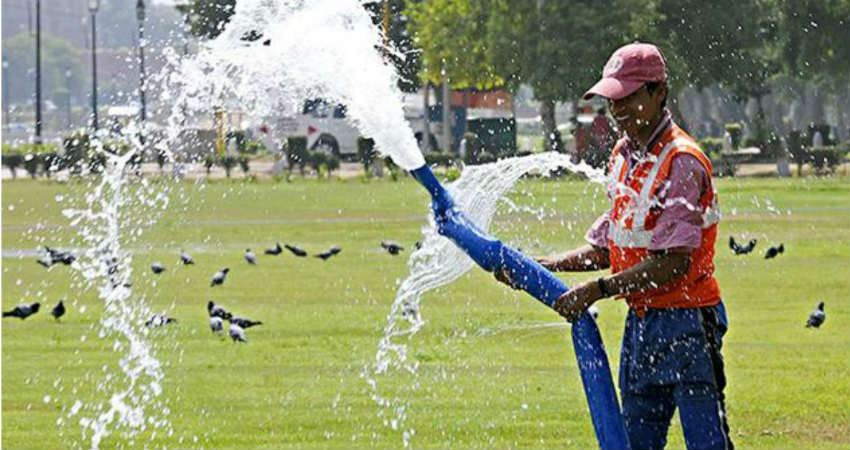 Intense heat baked Delhiites on Tuesday afternoon, with city breaking several records. Today, Palam Observatory in Delhi recorded day maximum at 45.3°C, which is equal to what city had recorded 49 years before on April 25, 1970. Simultaneously, Safdarjung Observatory reported day temperature at 43.7°C, which is also highest since 2010.

According to weathermen, maximum temperatures are above normal by 5-6 degrees, which marked the return of severe heat wave across Delhi and adjoining areas of Faridabad, Noida, Ghaziabad and Gurugram.

This spike in mercury can be attributed to hot and dry northwesterly winds blowing from Rajasthan, which is already battling extremely hot weather conditions.

Skymet Weather does not see any relief from the ongoing hot weather conditions across Delhi-NCR in the coming days as well. Maximum temperatures are likely to settle in the similar range from 42°C-45°C.

Although a fresh Western Disturbance is seen over Jammu and Kashmir, but being feeble in nature its impact would also be confined to hilly states and northern parts of Punjab and Haryana.

However, we are in the peak month of the pre-Monsoon season. During this time, whenever maximum temperatures increases, there are chances of some local development that might lead to dust storm or isolated thundershowers. These activities would be patchy in nature and would last for very short span of time.

These pre-Monsoon activities would also not able to bring any major relief and that it would bring momentary relief only. These activities do not have any impact on the day temperatures as they take places during the latter part of the day.