Snow in the mountains and rain over plains continue, activity shrinks tomorrow 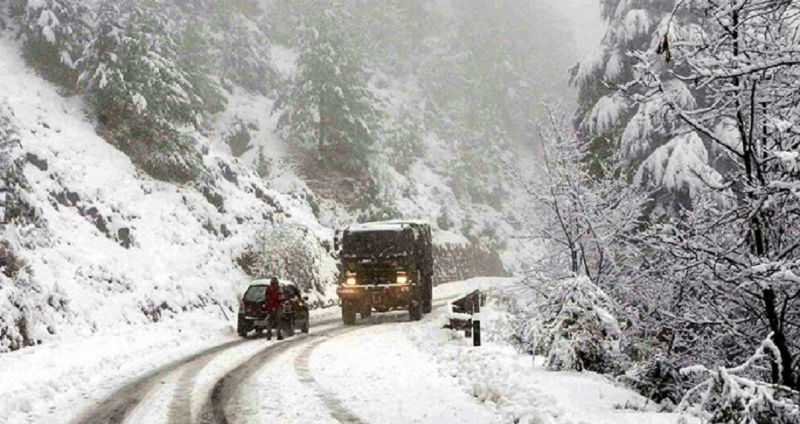 Snowfall in the mountains and thundershowers over plains will make a hat trick today. Moderate to heavy rain and snow carpeted across the hilly states for the last 2 days, yesterday being harsher than the previous day. Chief amount of rainfall at few locations recorded in the past 24 hours: Srinagar-30mm, Banihal-51mm, Qazi Gund-46mm, Anantnag-46mm, Kupwara-44mm and Batote-37mm. Popular destinations of Gulmarg and Pahalgam got covered with a white and fluffy sheet of snow. Himachal Pradesh also witnessed moderate to heavy showers with bouts of snow albeit intermittent throughout the day. Dalhousie measured 42mm, Manali 20mm and Shimla20mm of rainfall in 24hr. Weather activity was a little sparing for Uttarakhand and the complete region including Nainital, Mussoorie and Ukhimath received light to moderate rainfall.

Foothill and plains of Punjab and Haryana and many parts of West Uttar Pradesh and Rajasthan also experienced lightening with thunderstorm at most places. Isolated hailstorm activity accompanied with gusty winds lowered the day temperature by few notches. The national capital of Delhi also enjoyed pleasant weather with light rain in some parts.

Western disturbance continues over Jammu and Kashmir with induced cyclonic circulation shifting eastward over Haryana and Delhi region. Weather activity will continue today both over hills and plains with a likelihood of hailstorm in some parts, especially along the foothills. Active weather is likely to vacate Rajasthan to start with followed by plains of Punjab, Haryana and Delhi tomorrow. Hills will continue with some more action but with less intensity and finally improve from 25th March onward.