Snow, rain in Jammu and Kashmir cause closure of roads, highways; activity to reduce now 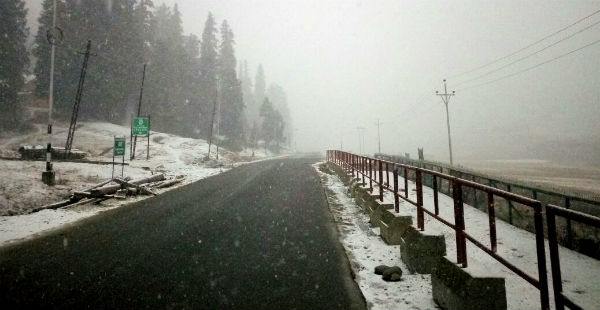 Due to heavy snowfall activity and landslide during the last 24 hours, the 300 km long Srinagar-Jammu national highway has been closed for any traffic movement. In fact, the historic 86 km Mughal road linking Shopian in south Kashmir with Rajouri in Jammu remained shut for the fourth day today.

Moreover, over 300 passengers, including dozens of security personnel, were rescued last night after they were caught in heavy snowfall near the Jawahar tunnel on the Jammu-Srinagar National Highway.

During the last 24 hours, moderate rains were witnessed over many parts of Jammu and Kashmir. Meanwhile, Himachal Pradesh and Uttarakhand mostly witnessed light rainfall activity.

These rains occurred due to the Western Disturbance and its associated cyclonic circulation over Central Pakistan and adjoining Punjab.

Now as both these weather systems are moving in east-northeast direction. Hence, during the next 24 hours, light to moderate rain will continue over Jammu and Kashmir while the higher reaches will experience snowfall activity over some places. But both rain and snow will be of less intensity than yesterday.