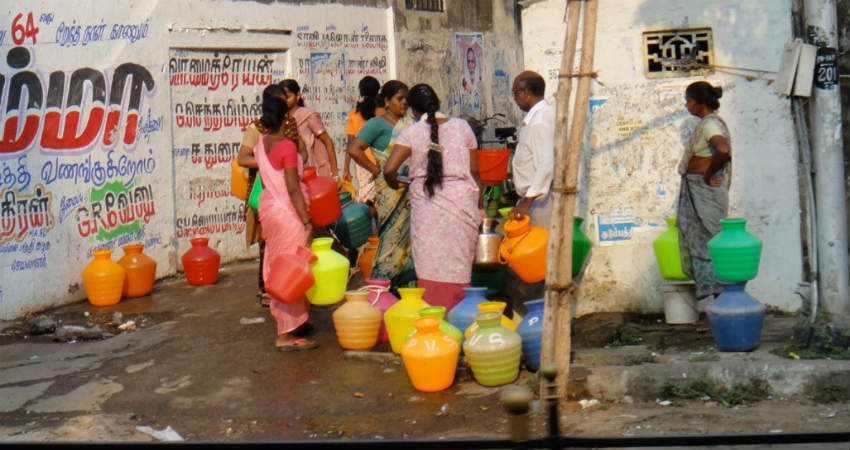 The water crisis has further intensified in Chennai, Tamil Nadu. Recently, guest-houses in Chennai's Triplicane area have temporarily suspended the operations due to water scarcity in the city. Triplicane is the area with hundreds of guest houses and hotels. Most of the water reservoirs in the state have reached its lowest level. Not only this, the soaring mercury is acting as a catalyst and there seems no respite for the locals.

The Madras High Court criticized the Tamil Nadu state government led by AIADMK for serious mismanagement of water resources in Tamil Nadu. The court, in fact, observed that Tamil Nadu scarcity did not happen overnight, and the government knew very well that this was coming. Despite the knowledge, zero water management efforts were taken. To this, the state government responded that the water crisis happened due to Monsoon failure. Each individual is reeling under an acute water shortage. Life has not been easy for the residents of Chennai as the water crisis has gripped each and every street and house. For that matter, four of the reservoirs of the city have a combined capacity of 0.23% and this too has added on to the water crisis in the city.

The groundwater levels have also depleted. Now, the residents are completely dependant on the metro water that is being provided by the government and also by the private tanker lorries.