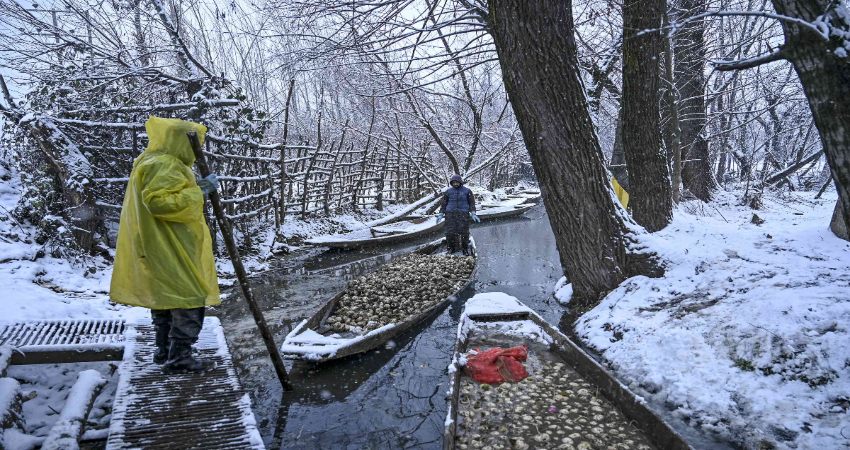 During the last 24 hours, light rain occurred in the hilly states of Himachal Pradesh, Uttrakhand, Jammu and Kashmir, and Ladakh.

Looking at the forecast, we expect the rainfall activities to increase gradually as a fresh Western Disturbance has approached the Western Himalayas. In the wake of this weather system, today, we expect fairly widespread rain and snowfall in Jammu and Kashmir, Ladakh, as well as, western parts of Himachal Pradesh.

From tomorrow onwards, rain and snowfall activities will increase further covering many parts of Himachal Pradesh, Uttarakhand, Ladakh, and Jammu and Kashmir.

From March 26, the weather activities will, however, subside once again, but on and off rains would still continue.

According to the weather models at Skymet, two successive fresh Western Disturbances are expected to approach the Western Himalayas at this time. Thus, on and off rain and snowfall activities would further continue until March 27.

Although the weather activities will subside significantly post-March 27, as the feeble WD's are likely to approach the Western Himalayas thereafter as well, isolated to scattered rain and snow might continue in Jammu and Kashmir,  Ladakh, also covering western parts of Himachal Pradesh. These activities are likely to continue until March 29.

Thus, clearly we can say it as that the next week is going to be active in terms of rain and snow.

Thus, clearly, we can say it as that the next week is going to be active in terms of rain and snow as we expect weather activities to continue in the hills of North India for the next eight to ten days.