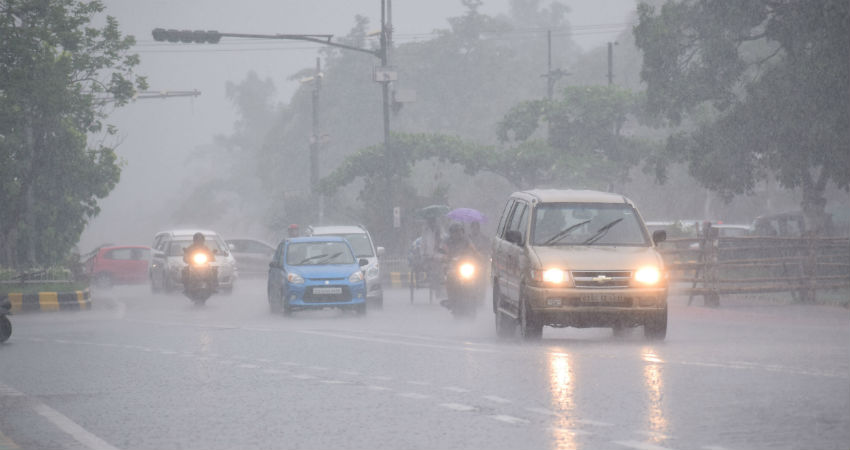 After having numerous hectic rounds of rain and thundershowers till about the middle of August, rains have now reduced in intensity but are still unstoppable in parts of Madhya Pradesh and Uttar Pradesh.

The trend we see now is because of the trail of some feeble weather systems which are moving in succession. Hence, this weather system is continuously engaging these regions and causing rains over eastern and central parts of the country along with Rajasthan.

A ‘Low-Pressure Area’ is an area where air pressure is lower than it is in other areas surrounding it. Low-Pressure systems form under areas of wind divergence that occur in upper levels of the troposphere. The formation process of a Low-Pressure Area is known as cyclogenesis.

By the time this system will reach Northwest Madhya Pradesh and East Rajasthan, another system will brew up in the Bay of Bengal. This another system will give rains between August 24 to August 28. The brewing system is showing signs of becoming into a Cyclonic Circulation around August 24 and will again follow the same path. Thereafter giving rains over central, eastern and Indo-Gangetic Plains, this system is likely to become feeble around August 28.

This trail of weather systems (Low-Pressure Area and Cyclonic Circulation) will keep the Monsoon active over the eastern, central and Indo Gangetic Plains. Since Delhi and NCR will be in the periphery of this system, therefore patchy rains in the national territory and neighbourhood areas can be a sight between August 23 to August 28.

The characteristics of this system are such that the isolated pockets at times get to see heavy spells wherein widespread rains will be ruled out.