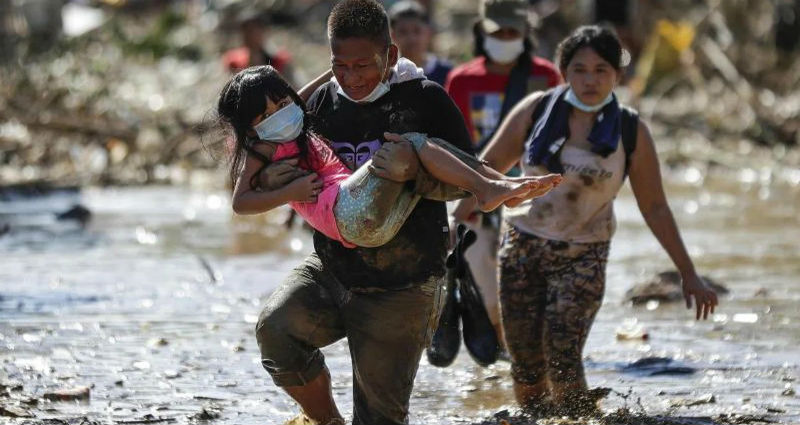 Typhoon Vamco is now in the open waters of the South China Sea centred around 15.8°N and 111.3°E and about 300km away from Vietnam coast. The Cat-3 typhoon is packed with winds of the order of 200 kmph and is moving west to make the second landfall over Vietnam in the next 24 hours. Due to slightly cold ocean waters ahead, the storm may weaken to Cat-2 and further to Cat-1 before making landfall. The cyclone will weaken to a tropical storm shortly after striking the coast and later to a depression over Laos and Thailand.

The remnants of such systems do have a tendency to emerge in the Bay of Bengal and intensify again. But Vamco spares this action to become less marked while over Thailand and Myanmar. However, the Bay of Bengal will remain active due sequential passage of Easterly waves and keeping the Northeast Monsoon active over South Peninsula.

Typhoon Vamco earlier struck the Philippines on 12th Nov leaving 42 dead and many homeless. It also struck the largest island Luzon causing landslides and cutting off roads. Many had to flee their homes and tens of thousands evacuating to shelters including in Manila. Locally known as Ulysses, this was 21st storm of the season and just came one week after Goni struck the island nation. Typhoon Goni was the most powerful storm seen in the country after 7 years.