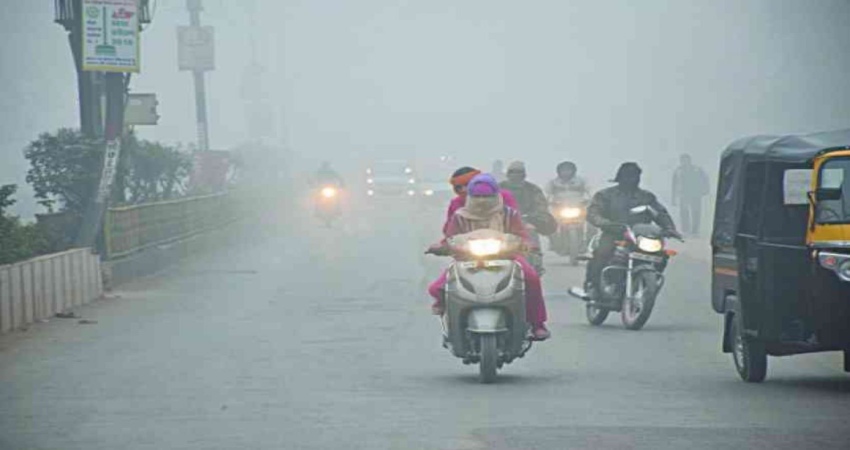 During the winter of 2020-21, many strong Western disturbances came to North India in December and January. Due to the effect of these western disturbances, heavy snowfall was seen in the mountains. When there is heavy snowfall on the mountains and weather is clears for a long time, the icy winds from the north direction show their effect on the plains of North India and the plains of Ganga as well as Central India. These regions record a sharp drop in minimum temperatures and the cold wave tightens its screws.

The mountains were snowed on January 22 and 23 recently. Since then the weather on the mountains is clear, there is no obstacle in the path of icy winds running from the mountains of the north. As a result, the temperature is constantly dropping. Due to cold winds, the cold wave conditions are seen from Punjab, Haryana, Uttar Pradesh, Madhya Pradesh, Rajasthan, Saurashtra and Kutch in Gujarat.

Meanwhile, there is no active western disturbance in North India for the next 3-4 days. The upcoming Western Disturbance will be over the Western Himalayas around February 1. Due to this effect, from February 2, rain and snowfall will start on the mountains, the icy winds running from the mountains will weaken and relatively warm and humid winds will come from the east and southeast. The effect of these winds will increase the minimum temperature and relief from cold wave will be observed.

There will be dense fog in Bihar and West Bengal, including the central and eastern districts of Uttar Pradesh, till January 28-29, due to which the winters will be felt during the day. However, the effect of fog is likely to decrease in western Uttar Pradesh and northern Rajasthan including Punjab, Haryana, Delhi as winds are increasing in these parts. Due to reduced fog, there will be increased sunlight in these areas, the day temperature will increase, which will reduce the effect of winter in the day.

At present, a trough is formed from Jharkhand to Madhya Maharashtra, due to which light rains may occur in the eastern districts of Madhya Pradesh, Chhattisgarh, and Jharkhand during the next 24 to 48 hours. But these rain activities will be mild in some places and will not have much effect. Some increase in the minimum temperature of these stations can be seen.

This time the winter may be prolonged because western disturbances will continue to come in the month of February. Since December this time, we have seen that there is a long gap between the Western disturbances. Due to which the northward winds have been playing their role in bringing down the temperature for a long time. This situation is likely to continue till the end of February. Due to which, apart from the plains of North India, there will be a severe winter in central parts of the Ganges and central India.