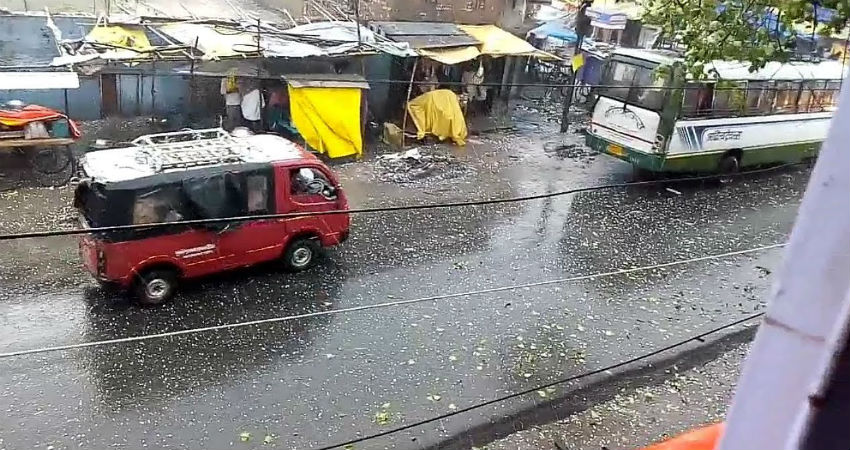 Rain activities in the month of February over eastern parts of the country remain low. Between January 1 and February 16, Bihar is rain deficient by 97%, Jharkhand by 92%, West Bengal by 91% and almost all the North-Eastern states are also large rain deficient.

During the last 24 hours, scattered rain and thundershower activities were witnessed over Jharkhand, interior Odisha and parts of Gangetic West Bengal. Today on February 17th, rain activities are expected to increase over Bihar and West Bengal. Particularly Eastern districts of Bihar may receive light to moderate rain and thundershowers including Kishanganj, Araria, Supaul, Madhepura, Purnia, Katihar, Saharsa, Bhagalpur, Banka and Jamui. Rain activities are also possible over West Bengal. Kolkata may not get intense showers, however, light scattered rains may occur. In Odisha, Sundargarh, Jharsuguda, Mayurbhanj, Baripada, Deoghar and Sambalpur districts are expected to receive scattered light to moderate rain.

A cyclonic circulation is over Vidarbha and adjoining south East Madhya Pradesh. A trough is extending from the south Peninsula to this circulation. Another trough is extending up to East Jharkhand. An anti-cyclone is over southern parts of coastal Odisha. Due to this anti-cyclone, humid winds from the Bay of Bengal are feeding moisture over eastern states. Rain activities are expected to reduce significantly by February 18. By February 19th, the weather will become clear.

These rains can be considered as unseasonal rains. Odisha, Jharkhand and West Bengal usually start receiving intense thundershower activities by the month of April. These violent thunderstorm and thundershower are known as Norwester for Kal Baisakhi.