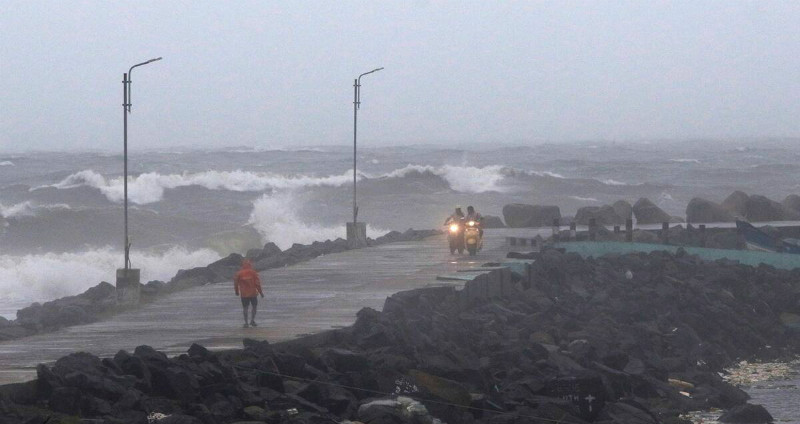 Intensely tracked very severe cyclonic storm Nivar made landfall at Marakkanam (12.1°N – 79.9°E), about 25km north of Puducherry at 2.30 am on 26th November 2020. The storm achieved the peak wind speed of 130kmph while moving northwest at the rate of 15kmph before crossing the coast. The movement and track of the storm were quite steady in the last leg of its journey.

The wall clouds of the storm started reaching the coastline around 11 pm on 25th November when the landfall process started. It took nearly 4 hours of completion for the entire circular dense cloud mass to move over land. Strong winds in excess of 100kmph battered the coastline from Cuddalore to Chennai swaying the poles and felling of trees at many places. Puducherry and Cuddalore received 303.5mm and 282mm rainfall in 24 hours till 8.30 am on 26 November. The other chief amount of rainfall being: Parangipettai- 184mm, Meenambakkam 114mm, Vellore 82mm, and Karaikal 86mm. The neighbouring locations of Rayalaseema and Coastal Andhra Pradesh also received heavy rains wherein the amount of 136mm Kavali, 137mm Nellore, 127mm Tirupati was registered in 12 hours. 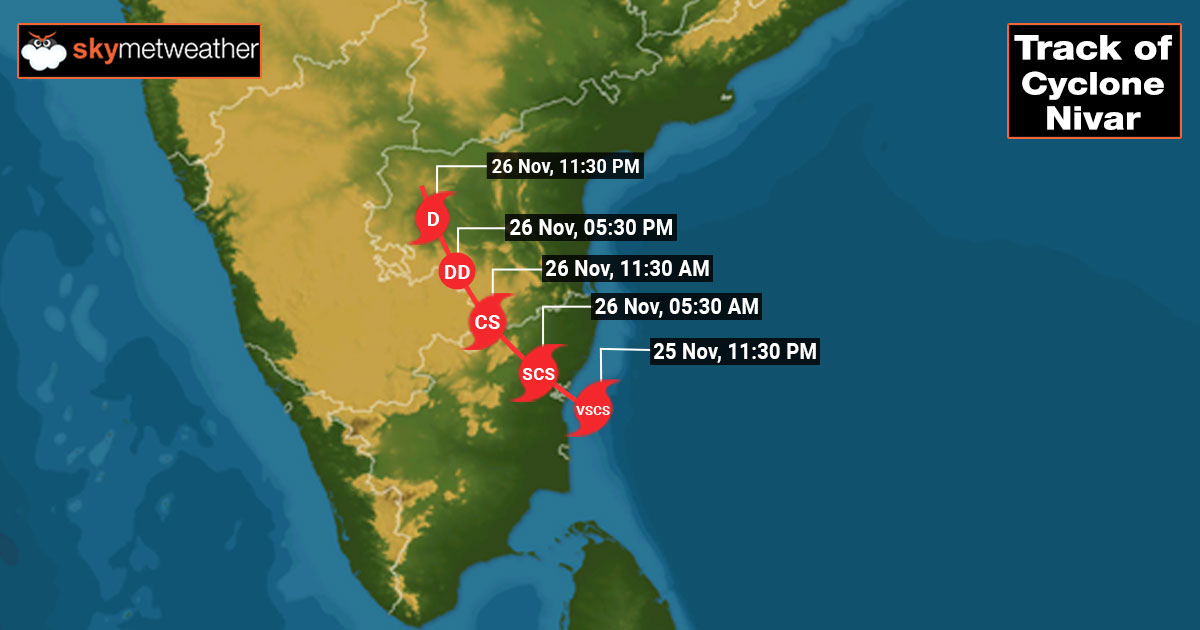 The storm has since weakened to a Severe Cyclonic Storm and shortly will get downgraded to cyclonic storm during noon hours. Later in the evening, it is likely to lose strength and become deep depression and depression. The system will get filled up to become an extended low pressure by 27th November. Heavy to very heavy rainfall is expected over Rayalaseema, Coastal Andhra Pradesh and adjacent parts of South Interior Karnataka and Telangana during the next 24 hours. These rains will be accompanied with strong winds of the order of 50-70kmph.

Cyclone Nivar will go on record to be one of the fiercest storms, at par with Vardha which battered the state of Tamil Nadu in December 2016. The Bay of Bengal will remain active and the situation is building up to have another strong system to make a soaking start in December 2020. And another one may even succeed to keep up intense weather activity during the first fortnight of December. Keep our fingers crossed.